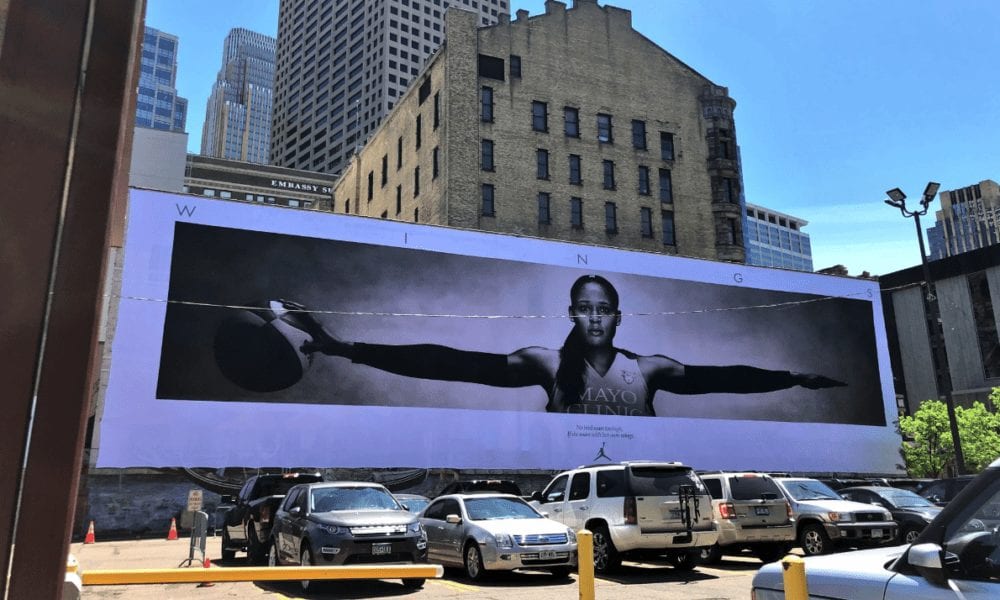 Minnesota Lynx star Maya Moore just made one hell of a statement, appearing in a billboard which replicates Michael Jordan’s iconic ‘wings’ poster from 1989.

The billboard is situation in downtown Minneapolis, where Moore plies her trade for the reigning WNBA champion Minnesota Lynx.

The Lynx, naturally, were pretty hyped about the whole thing on Monday.

The campaign is courtesy of Nike’s Jordan Brand, who also produced this similarity lit video to go with it.

Moore has been with Jordan Brand since 2011, making her the first female athlete to sign with the company.

At 28-years-of-age, she has already won four WNBA titles, a league MVP and a Finals MVP.

Safe to say all the love from Nike was well-deserved.