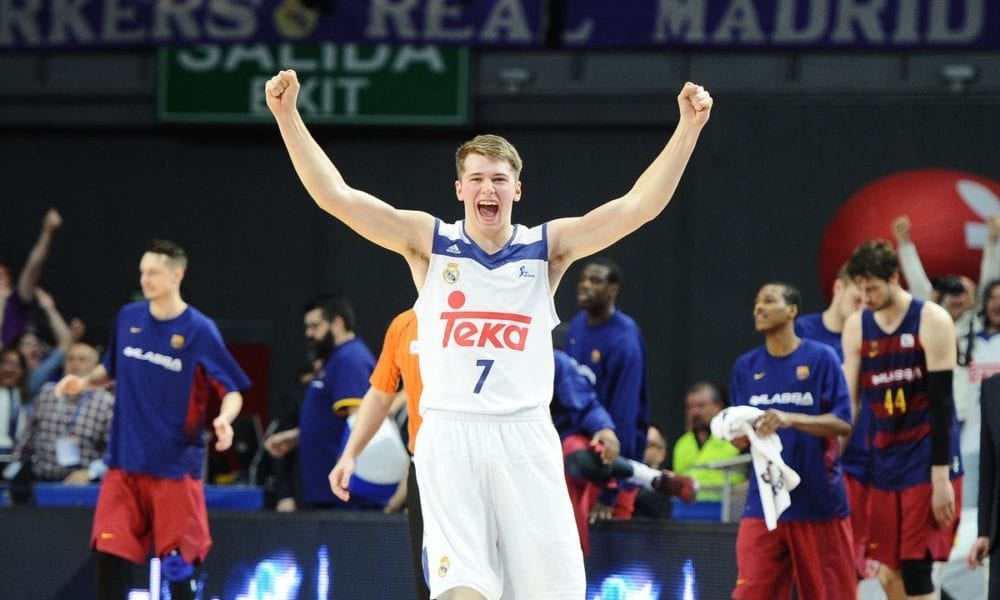 Potential number one pick Luka Doncic may have just caused respiratory problems for NBA execs hoping to select him at next month’s draft.

Less than 48 hours after Tuesday’s draft lottery, Doncic sent shockwaves through the basketball world when he declared he was no certainty to move stateside next season.

“Ι’m not sure if these are the last two games [in Europe],” Doncic said ahead of this week’s EuroLeague Final Four.

“We are yet to make this decision. Perhaps after the season.”

While it would be easy to freak out over this, Doncic was backed into a corner here.

Just moments before going to war with his Real Madrid teammates in the most important part of the season, you couldn’t have expected him to say “yeah, I’m outta here after this”.

Sure, Doncic could’ve avoided all this by simply refusing to comment.

But he has always been a team player, and put on the spot, may have simply wanted to do (say) the right thing by his teammates.

The Slovenian youngster has already declared for this year’s draft, and while that doesn’t lock him into anything, it shows the NBA is hardly an afterthought for him.

But the most interesting wrinkle here is that because Doncic is still under contract with Real Madrid for next season, he could conceivably hold himself out of the NBA for a year or two if he was drafted by a team he didn’t want to play for.

Alternatively, he could merely threaten to do so in a bid to discourage an undesirable team (Sacramento; we’re clearly talking about Sacramento here) from drafting him in the first place.

Or maybe, just maybe, he doesn’t want to play for either.

But just how much he tries to control his own destiny remains to be seen.