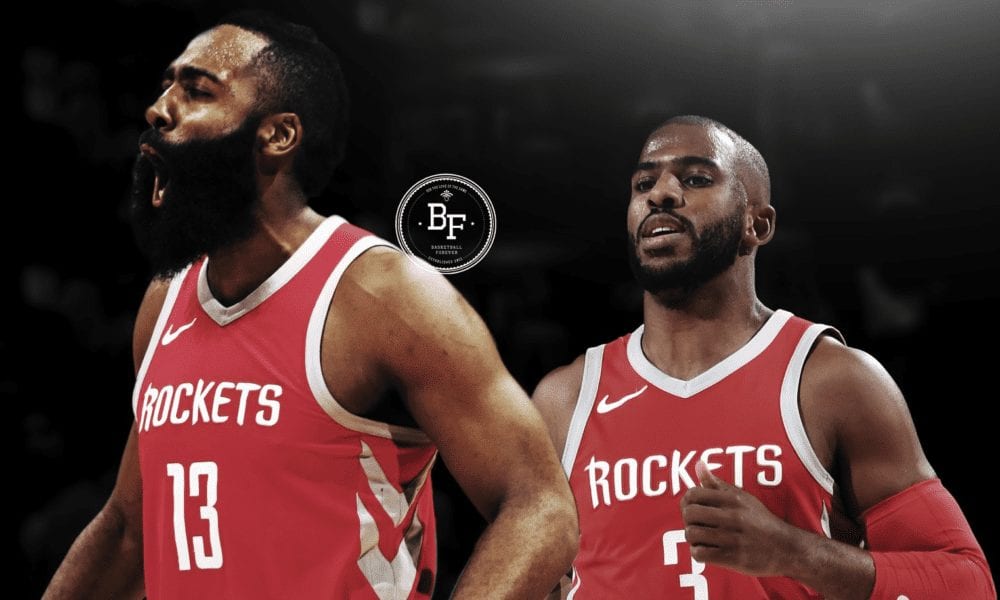 Isolation basketball has long been a major part of the Rockets’ genetic makeup.

It’s what transformed them into a 65-win team.

It’s what landed them the number one-seed.

But it’s also what got their butts kicked by the Warriors in game one of the Western Conference Finals.

Something had to give in game two.

Golden State had been perfectly constructed to counter Houston’s style of play, and Mike D’Antoni knew it.

Instead, the Rockets needed to push the pace and attack before the Warriors’ defence could even get set.

And that’s exactly what they did in game two, pushing the ball whenever possible and watching as their primary offensive weapons revelled in the chaos of transition basketball.

Chris Paul shows off the handle & fires it over to PJ Tucker for 3 in tonight's #AssistOfTheNight! #Rockets pic.twitter.com/5RTjwScfue

It was a completely different team to the one we saw in game one, the one which messed around with the ball for most of the shot clock before James Harden fired off desperation jumpers with two seconds remaining.

Eric Gordon, who had struggled previously, went off for 27 points on 6-9 from deep, while Trevor Ariza had 19 points on 7-9 from the field.

Even Houston’s not-so-primary offensive weapons flourished, none more so than PJ Tucker who was sublime with 22 points on 8-9 shooting, after managing just one point in the opening game of the series.

These were the glorious results created by Chris Paul and James Harden pushing the pace, before promptly forcing switched mismatches and taking advantage before the Warriors could even find their defensive footing.

Now the question is, can they repeat this within the unforgiving confines of Oracle Arena?

And how will Steve Kerr and the Warriors adjust?

Tune in Sunday to find out.