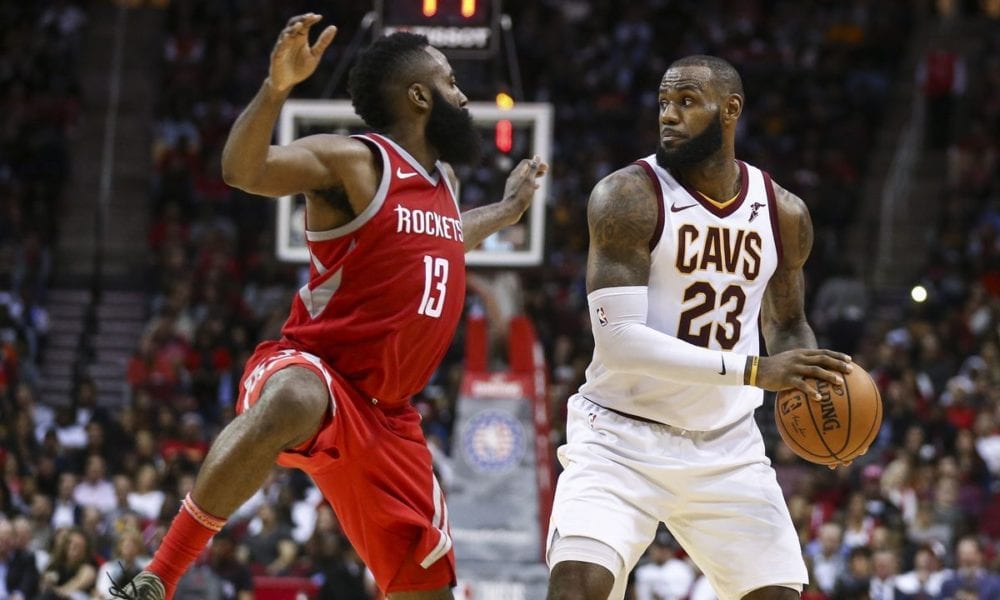 With the NBA awards to be unveiled next month, the debates over who should be taking home individual accolades rages on.

But we’re here to settle those debates once and for all.

And to spice things up, we’ve also included what we believe the odds should be for each of the recently announced finalists.

Rookie of the Year

This has been the best two-man rookie of the year battle in recent memory.

If you didn’t know any better, wouldn’t even know that Ben Simmons and Donovan Mitchell were rookies from watching them play.

Both were exceptional, but ultimately it’s too hard to look past Simmons’ well-rounded game.

While Mitchell is obviously a much better shooter, Simmons is the superior passer, rebounder and defender.

And through it all, he still only about four points per game behind the Utah stud.

The hoodie-wearing Mitchell can debate Big Ben’s rookie eligibility all he wants, but in fighting that fight, he’s conceding Simmons had the better season.

And you know what?

Coach of the Year

As annoying as it can be at times, it’s important to remember this is a regular season award.

If it included the playoffs, Brad Stevens would win this thing hands down.

Stevens’ game-to-game postseason adjustments have been nothing short of masterful, while his regular season body of work also fantastic.

But seeing as the NBA’s most important awards do not include the most important part of the season, Dwane Casey is the favourite after completely reshaping Toronto’s offence.

As a result, the Raptors better be ready to hand out some more awkward congratulations before long.

Defensive Player of the Year

You’d have a better shot at jamming an exercise ball through the hoop than scoring when Rudy Gobert is guarding the rim.

When Gobert was on the floor this season – which wasn’t as often as Utah would’ve liked – his opposing teams managed just 97.7 points per 100 possessions.

Dude was stingier than the guy who orders from the set menu for his date before she can even open her mouth (before saying, “yeah, tap water will be fine”).

Gobert’s showing this year was 2.9 points better than last season, and two points ahead of where his primary challenger Joel Embiid was this season.

As good as Embiid is defensively, no one is harder to take it to the rim against than the Stifle Tower.

Here is some stuff Victor Oladipo did this season:

You know what all that means for the Most Improved Player debate?

Sixth Man of the Year

If the NBA decided to hand Lou Williams the award based purely off dropping 50 on the Warriors, I’d be fine with it.

Have you ever heard of a company handing out a Sixth-Best Employee of the Month Award?

Williams averaged 22 and 5…let’s give him the award and be done with it.

If we weren’t all so inexplicably fascinated with triple-doubles, James Harden would’ve won this award last year.

The good news is, he will at least win it this year.

His main competitor, of course, is LeBron James.

Both Harden and LeBron’s regular seasons were excellent in their own rights, but unlike LeBron, Harden never took his foot off the gas.

At this stage in his career, King James heavily conserves his energy during the regular season.

He also gets pissy with his underperforming teammates and check outs mid-game at times.

Meanwhile, Harden found a way to mesh with another ball dominant star is Chris Paul, averaged 30/8/5 and led his team to the top seed in a conference contains the Golden State Warriors.

No need to debate any further.