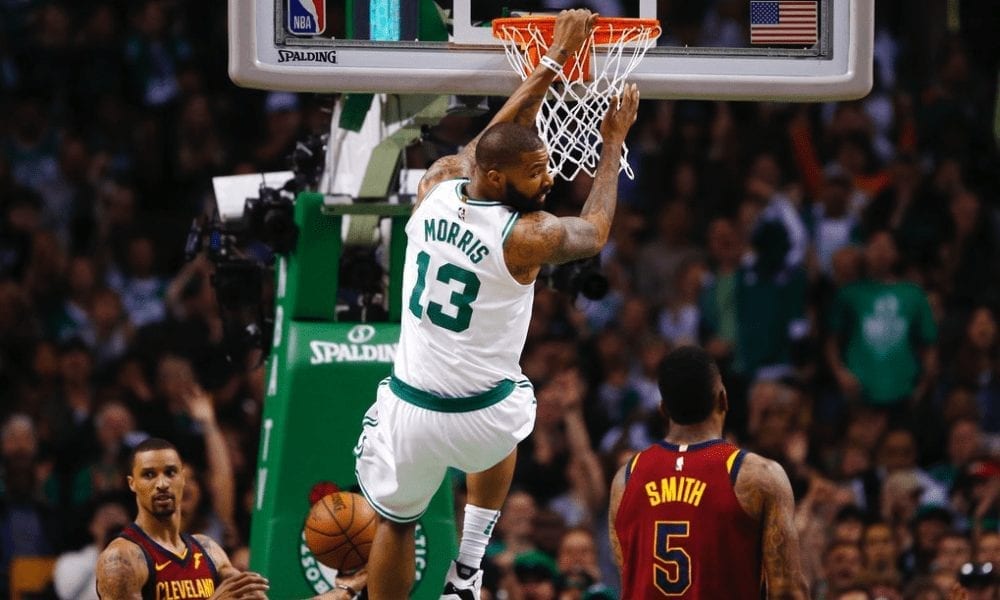 LeBron had a 40-point triple-double and Kevin Love showed up with 22 and 15.

And yet, the Cavs lost by double digits anyway.

It shouldn’t come as a big surprise.

Their teammates were awful.

JR Smith missed everything and topped it off with a dangerous foul on Al Horford.

Jeff Green picked up five turnovers and was a minus-17.

Even Tyronn Lue sat on his hands when the game really began slipping in the fourth, at one point calling a timeout only to stick with a lineup which featured no James nor Love.

And as Cleveland failed to keep it close down the stretch, their dismal performance brought Saturday Night Live’s most recent NBA-themed sketch to life.

You know, the one where one Cavs player declares his primary pick and roll ability is to pick up LeBron laundry and roll it on over to house, while another proudly declares he’s still learning the rules.

Once LeBron took a hit to the face, it was officially game over for Cleveland.

And by game over, I mean series over.

There’s no coming back from this.

Despite having the best player, the Cavs are by far the inferior team, and just aren’t good enough to win four of five games from here.

Boston are far too well-oiled a machine, and have thrown too many spanners into Cleveland’s.

And while the Celtics consistently execute to perfection, Cleveland – as Jeff Van Gundy put it – eye roll each other more than a couple in a bad marriage.

The Cavs have been so unwilling to come together as a team, in fact, they’ve punched LeBron’s ticket out of Cleveland.

This completely validates the departure he likely craves.

No one would blame him for leaving…not now.

He got the Cavs their championship.

And they failed to repay the favour.