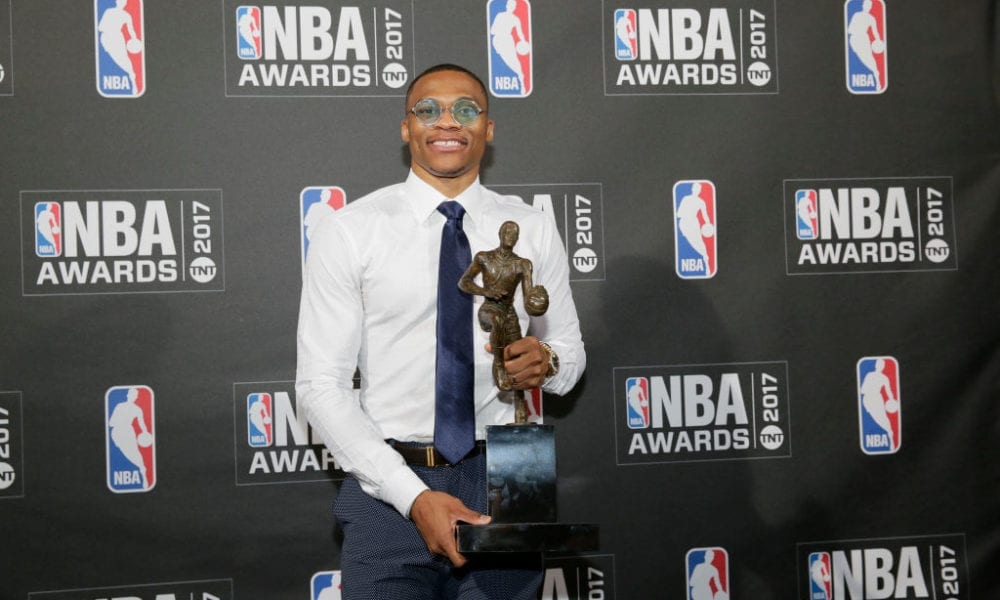 “Welcome to Whose Line Is It Anyway, the show where everything’s made up and the points don’t matter, just like the first three quarters of an NBA game.”

This was Drew Carey’s introduction to a 1998 instalment of that wildly popular improv show of his.

But perhaps a more accurate version of the joke would have referred to the NBA regular season instead.

Every year it feels like those 82 games matter less, especially to the best teams.

As far as the NBA elite is concerned, it’s all about getting to the playoffs as healthy as possible, seeding be damned.

Then when the postseason finally arrives, an entirely different game emerges.

As a result, it’s not uncommon to find that those who thrived from October to March enter a world of pain in April (it’s a sensitive point in Toronto and Portland at the moment, but a truthful one nonetheless).

This is when the current awards system starts to look rather silly.

Take, for instance, Dwane Casey winning more individual silverware than Brad Stevens, despite Casey’s team crashing and burning in the playoffs, while Stevens is somehow three wins from the Finals without two of his best players.

Then there’s Russell Westbrook winning MVP last season, based purely off the questionable intrigue surrounding his regular season triple doubles, only to be shredded by deserving winner James Harden in the first round.

So tell me, why is it that every conversation about a player’s level of greatness starts and finishes with their postseason exploits, and yet the highest individual honour in the game ignores the playoffs altogether?

And why is it that, despite the regular season meaning so little to the best players and coaches, the awards criteria would have you believe it’s all that matters?

The most common argument against the one I’ve adopted here goes something like this, “Yeah, but the MVP is a regular season award”.

The first problem being, of course, that this literally isn’t even an argument.

Despite being posted on message boards everywhere, it doesn’t address why it’s better left as a regular season award.

It’s also commonly argued that because not every player (or coach) gets the chance to compete in the postseason, taking only the regular season into account is the fairest option.

But don’t forget, winning is heavily valued when it comes to the voting, meaning the winners are almost always in the playoffs anyway, including every single MVP post Kareem-Abdul-Jabbar in 1975-76.

And yet, we only take their regular seasons into account.

And with the award announcement now taking place after the Finals, this is the perfect time to make the change.

At least for MVP and Coach of the Year.

Waiting until after the playoffs to make the announcement, without actually including the playoffs in the criteria, is to embrace the worst of both worlds.

Admittedly, by including the playoffs, we’d be opening ourselves up to significant recency bias potential, with those casting votes at risk of failing to take the regular season into account.

But the same risk applies with the current setup, with voters potentially prone to overlooking the first half of the regular season.

But like everything, the suggested new method somewhat relies on those with influence doing their jobs properly.

Meanwhile, with a regular season MVP currently awarded along with a Finals MVP, most of the playoffs never happened as far as the awards are concerned.

An alternative way of addressing this is bringing in a Playoffs MVP award.

But seeing as this presents the same ‘uneven playing field’ scenario as the overall MVP idea, where some teams play more postseason games than others, why not go with the option which provides a snapshot of the entire season?

Looking back on any given season in 20 years’ time, most of us will want to know who owned that season…not who owned the preliminary part of the season no one truly cares about, where everything’s made up and the points don’t matter.