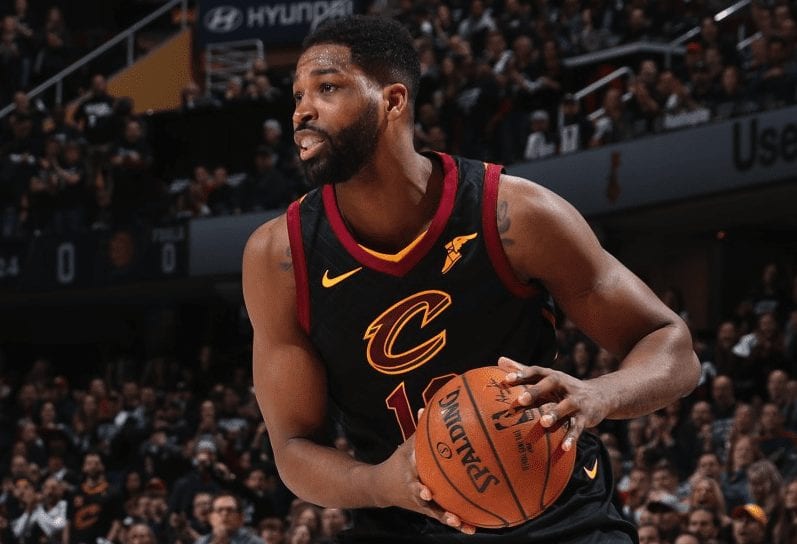 With Tristan Thompson busily indulging in off-court drama while being chased by every Kardashian-obsessed member of the paparazzi, his meaningful on-court moments have been few and far between.

And yet, if Cleveland wants to stop Boston’s wildly efficient Al Horford – who had 20 points, six assists, four rebounds and two blocks in game one – Thompson might be their only hope.

By putting all their eggs in the three-point basket on Sunday, the Cavs ultimately experienced the worst of both worlds: no one to guard Horford, while their small ball lineup missed most almost every three anyway.

Tyronn Lue all but revealed that the Cavs will start Tristan Thompson in Game 2. He says they are “weighing it” but also cited advanced analytics that show just how well Thompson has guarded Al Horford over the years.

“Looking at the statistics, over the last three years with at least 30 possessions [defending him], out of all the guys that have guarded Al Horford, Tristan is number one in the league defending Al Horford,” Lue told reporters on Monday.

The numbers certainly check out.

This marks Horford’s fourth playoff series in four years against Cleveland, and he failed to have a major impact in the previous three.

Last year he averaged 12.4 points and 4.2 rebounds on 45.6 percent shooting as the Celtics lost the conference finals in five games.

And as Horford was limited throughout each of those series, the constant in each was Thompson.

The rebound-loving big man effectively had the same effect on Horford as your high school had on you when he would peer over your shoulder while you were trying to write an assignment.

Sure, you had the ability to do a good job, and you were still able to work while he was watching over you, but there was no way you were able to perform at 100 percent under those conditions.

This is exactly how Al Horford must feel when his Canadian adversary is within arm’s each.

And while Thompson has been much less effective this season, he has shown there is still some life left him in yet.

Particularly when he parachuted down from the rafters to start game seven of Cleveland’s first round series against Indiana, dropping 15 points and 10 rebounds in a stunning performance, which much like a well-executed RKO, came out of nowhere.

Now the question is whether he can submit a similarly superb performance in game two on Tuesday.

Cleveland’s season could depend on it.