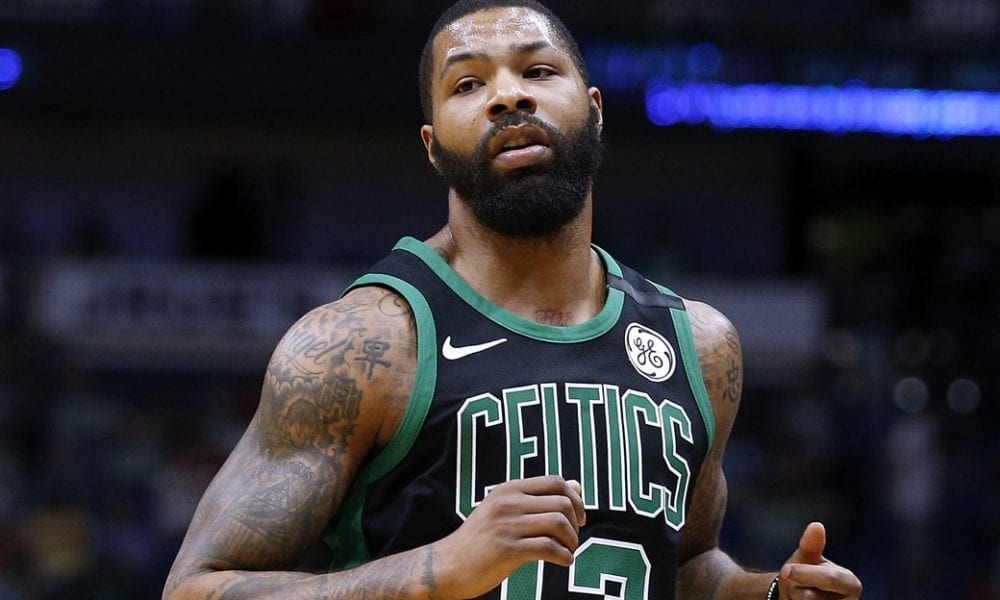 Before the Eastern Conference Finals began, Marcus Morris was widely laughed at when he anointed himself as the man to stop LeBron James.

“Personally, I think I’m probably the best guy defending him in the league, outside of Kawhi,” Morris said.

It was a big call from someone who’d never made an All-Defensive Team, and he was promptly ridiculed across the Twittersphere.

A quick look at how bothered LeBron is by Marcus Morris pic.twitter.com/HS7UheY88r

And yet sure enough, after talking the talk, Morris somehow walked the walk in game one.

Along with dropping 21 points and 10 rebounds upon jumping into the starting lineup, he helped the Celtics hold James to 15 points on 5-16 shooting.

In the 24 instances Morris was defending LeBron, Cleveland’s one-man wrecking crew managed just five points on 2-of-6 shooting, along with two assists and one turnover.

The former Jayhawk was relentless with James all night, while also making life similarly unpleasant for Kevin Love on switches.

Celtics fans will be pleased to know there’s statistical evidence to suggest Morris’ knack for slowing James was not limited to this one night.

Since 2013-14, LeBron is shooting at just 33 percent when guarded by his Celtics nemesis, according to Second Spectrum.

The only man to hold James to a lower rate, while also defending at least 50 LeBron field goal attempts in that span, is Draymond Green.

And according to ESPN, in King James’ last 11 games against a team featuring Morris, he’s averaging 21.1 points – without reaching 30 once – and hitting at just 16.3 percent from downtown.

Morris, meanwhile, at least has the edge required to defend an all-time great like James.

“…I’m a competitor,” he said after game one when asked why he relishes defending LeBron so much. “You know, he’s the best player and I’m gonna be able to tell my kids about this one day.”

And yet despite everything currently working in favour of the former Piston, he had previously proven himself to be a rather underwhelming isolation defender in this year’s playoffs.

But if he even comes close to replicating that game one performance during the week, we might all be forced to change how we think about the animated character that is Marcus Morris.