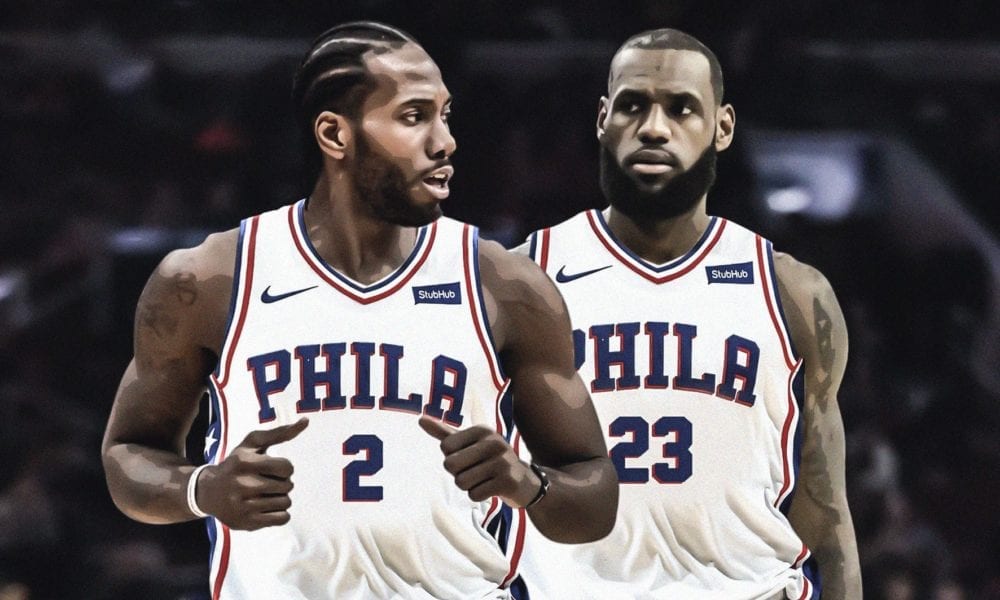 While the 76ers did well to make the second round of the playoffs so early in their development, The Process was always about winning titles.

“At some point, when the time is right, I think we need help to win a championship,” Brown said on Friday in his season-ending press conference. “If that’s the goal — and for me and us it is — then that’s the answer I give.”

While LeBron James’ arrival has long been heavily rumoured, two more big names have since emerged.

According to The Philadelphia Inquirer’s Keith Pompey, the Sixers also have their sights set on Kawhi Leonard.

“Don’t be surprised if they also try to acquire San Antonio Spurs small forward Kawhi Leonard in a trade,” Pompey wrote on Saturday. “Sources have said the Sixers have expressed interest in the two-time all-star…There are reports that Leonard wants out after staying away from the team for most of the season with a quad injury…Leonard has a great relationship with Sixers coach Brett Brown.”

Pompey added the 76ers would also pursue Paul George, while being prepared to do “whatever it takes” to lure LeBron.

That sentiment was echoed by Sixers co-managing partner Josh Harris in the Inquirer.

“For a certain small number of players, we are going to go after them hard,” Harris said. “People have asked me about the luxury tax. I don’t have any problem spending for good players.”

While LeBron will obviously be Philly’s top priority, Leonard and George are as good as it gets when it comes to plan Bs.

And Philly’s young stars, bright future and considerable cap space should give them every shot at being one of the big players in free agency.