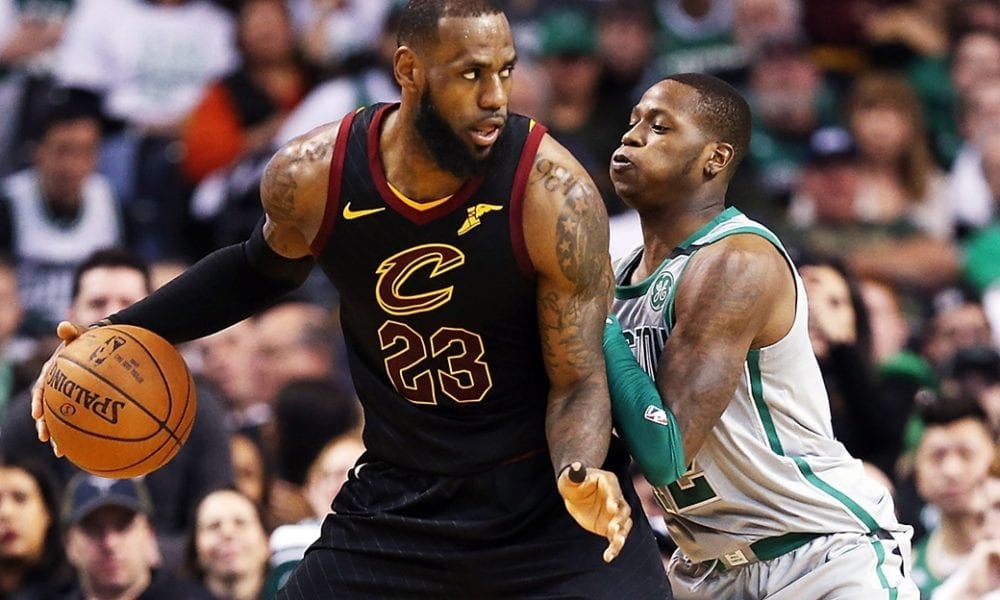 You don’t have to be intimately familiar with NBA basketball to know the Cavs are in a world of pain right now.

Cleveland had their asses handed to them by Boston in game one, going down 108-83.

LeBron’s mere 15 points and his team’s 4-26 three-point shooting were just two of their many problems.

In a city well accustomed to far greater sporting misfortune, this was admittedly just a blip on the radar for experienced Cleveland fans.

And as the Celtics roasted the Cavs from start from finish on Sunday, Twitter did the same.

Just turned the game on…. 😂😂 pic.twitter.com/mrJ3bsCH0P

everyone out celebrating Mother's Day checking the Cavs-Celtics score pic.twitter.com/m4TkFGWrSU

This game has turned into an embarrassment for LeBron James. I'm will go into detail live on Facebook when this game mercifully ends. See you then.

We check in with the @cavs Tyronn Lue at the half: pic.twitter.com/EAJthLQ9Yn

Celtics with a 26-point lead over the Cavs at the end of the first half. 👀 pic.twitter.com/C9qCyZc8dD

Jaylen Brown when he sees a Cavs perimeter defender pic.twitter.com/APx9E8MPas

Until they call him for stepping over the line on a free throw shot (which he does every time) https://t.co/87POBZnxDp