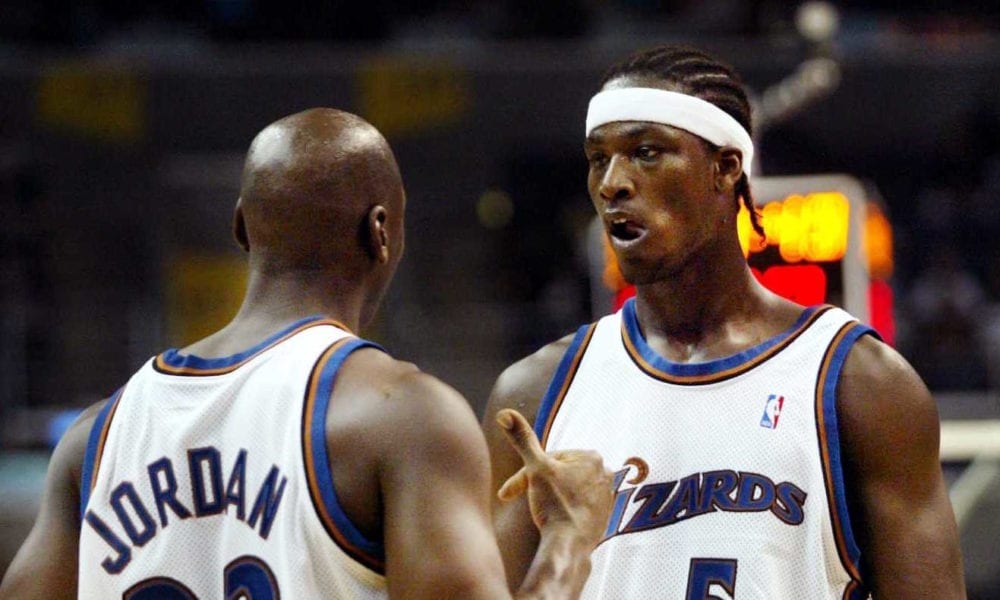 Former number one pick and Stephen A. Smith whipping boy Kwame Brown is reportedly suing his financial advisers for stealing $17.4 million in an alleged fraud case.

That’s the word from The Blast, which claims to have seen court papers documenting Brown’s intent to sue Bank of America Merrill Lynch and financial advisor Michelle Marquez.

According to the report, the lawsuit claims Marquez began investing Brown’s money without his permission and siphoning funds into her own accounts, causing Kwame’s financial situation to head south faster than his NBA career.

Brown believes Marquez began investing and trading his hard-earned cash while cheekily collecting a commission for herself.

The former Washington Wizard says he tried calling Marquez last year but could not get onto her.

After talking to “another employee of defendants”, he was informed he did not currently have any money with Bank of America Merrill Lynch.

Brown was also told he had signed documentation which allowed the institution to invest or trade on his behalf.

But he claims they were forged and supposedly hired forensic experts in an effort to prove it.

Brown is now seeking the return of the missing $17.4 million along with further damages.

Having recently refuted claims Michael Jordan once brought him close to tears, it appears Kwame’s days of having to defend himself aren’t over just yet.