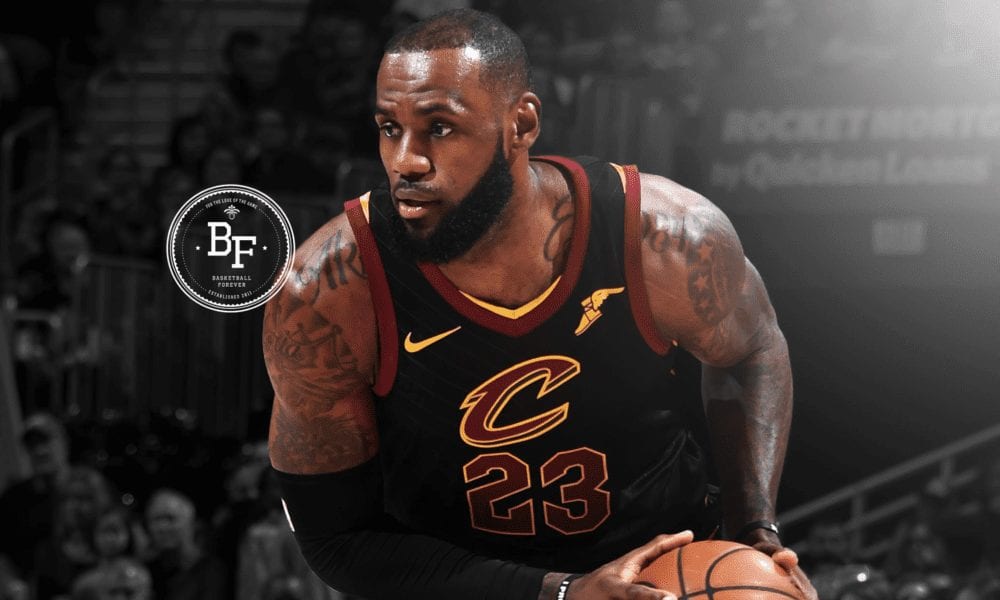 LeBron James has long spoken of his dream to own an NBA team.

But let’s be real, after his demoralising elimination of the Raptors in the past three postseasons, he already does.

And while everyone knew he had Toronto’s number, it wasn’t until former Cavs general manager David Griffin jumped on Bill Simmons’ podcast this week that we were reminded just how much he truly owns them.

Griffin revealed that what made James so unstoppable against the Raptors was him knowing the Raptors better than they knew themselves.

“I was in the gym when I watched him on the floor against Toronto [in 2017] tell Patrick Patterson where he was supposed to go on the play they had called…” Griffin told Simmons. “He was like ‘no Pat, you’re supposed to stand over there and set a pin down [pick] for DeMar over here’.”

Cleveland went on to sweep Toronto, just as they did this year.

Patterson moved to the Thunder that offseason, presumably because he wanted to get the hell out of LeBron’s conference.

“There’s literally nothing you can show him that he can’t do,” Griffin said. “There’s no play you’ll run against him he can’t name, and then go out there and teach your players how to do it better than anyone else.”

Griffin’s comments echo those made in 2016 by Doc Rivers, who became very aware of James’ ability to quickly process all available information on his team – much like the goddamn Terminator – before promptly destroying them.

Doc Rivers remembers seeing a change in LeBron James when he went to Miami: "I remember saying, this is not good…"

“When he was in Cleveland he was just playing basketball,” Rivers told NBATV at the time. “We get to Miami and he’s calling our plays out, he’s staring over at our bench, he’s reading stuff. And I remember saying, ‘Oh this is not good. This is not good.’”

Stories like this just reek of utter dominance, much like in the tales of Larry Bird walking into the locker room before the 1986 Three-Point Contest and asking who’s coming in second, or telling his defenders how he’s going to score on them and then doing exactly that.

Dwane Casey might be the NBCA coach of the year, but he’s going to have his hands full coming up with a single play LeBron doesn’t instantly recognise, chew up and spit out.

The best Casey and his Raptors can hope for is that much like their old buddy Patterson, LeBron jumps across to the western conference this summer.