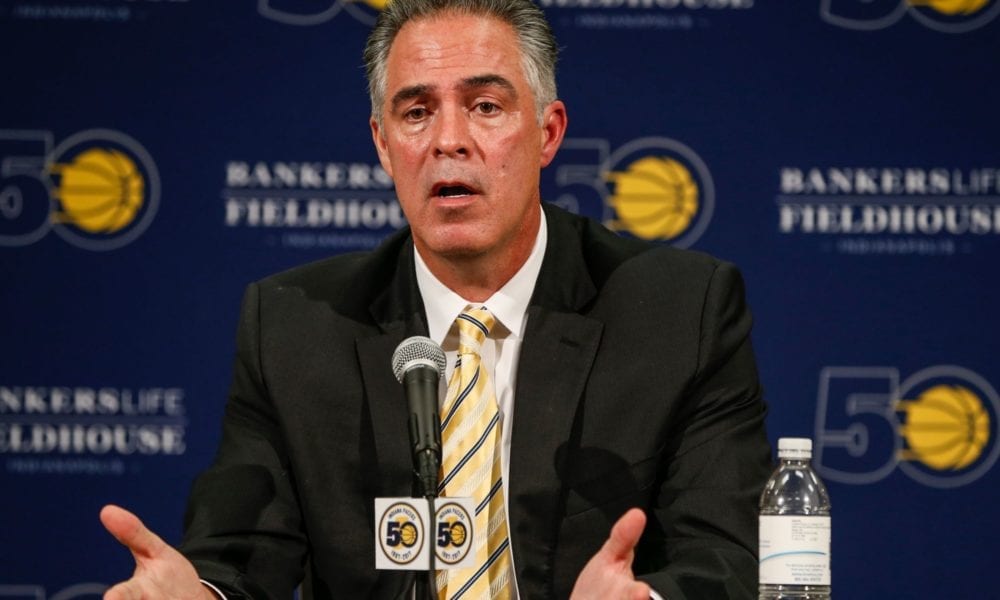 Pacers general manager Kevin Pritchard was openly laughed at from every corner of America when he flipped Paul George for Victor Oladipo and Domantas Sabonis last summer.

Now after a season of unbridled Oladipo dominance – mixed in with just a sprinkling of Paul George postseason failure – it’s Pritchard who’s doing the laughing.

The Indiana boss seemingly took George’s rejection of the small town Pacers somewhat personally, and he’s determined to make sure everyone knows who won this battle.

So when he was asked by ESPN 1070’s Dan Dakich whether he would put in a call to George during free agency, he was given the perfect platform to rub it in.

Quick translation: “We’re better off without that egotistical pr**k and would only consider taking him back if he fundamentally changes who he is as a person.”

Has someone’s inferiority complex ever reared its head in such glorious ways?

Here you have a middle-aged man acting like a spurned lover – also known as ‘doing a Dan Gilbert’ – before turning the tables in spectacular fashion and publicly bathing in his unlikely victory.

It’s certainly something special to behold.

And all of this is by no means a criticism of K-Pritch.

Most of us, if placed in his shoes, could not have resisted doing the same.