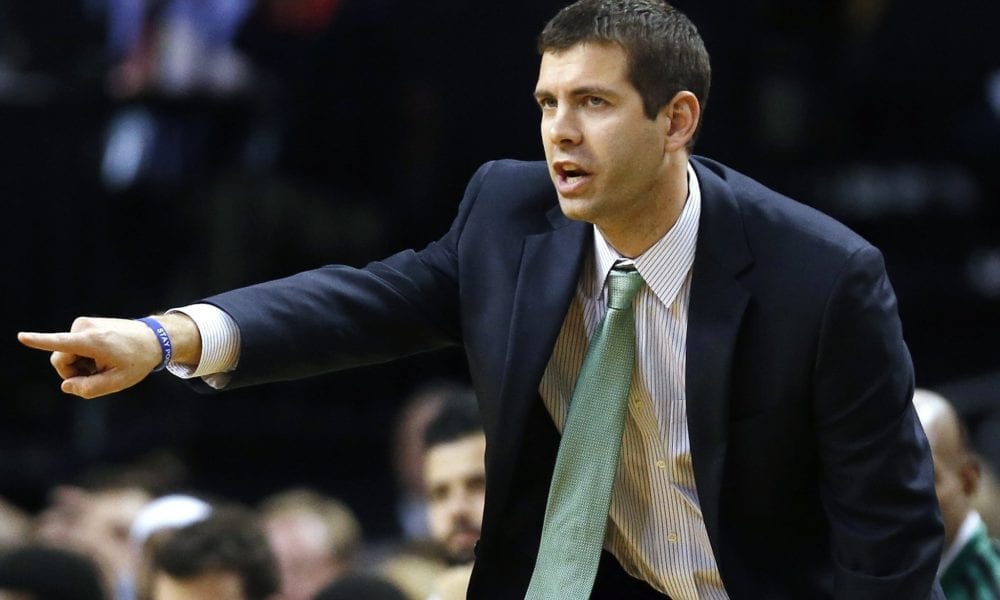 The announcement of this year’s NBCA coach of the year award has ended in widespread disbelief.

Not because Dwane Casey won, but because Brad Stevens didn’t receive a single vote from his peers.

And while few would usually bat an eyelid over this award – as it is quite separate to the NBA’s Coach of the Year award – there’s something particularly inexcusable about this oversight which many are finding hard to swallow.

There's no way I just read this right.. Brad Steven's didn't receive ONE vote for Coach of the year? Stop playing…

Anyone whose basketball viewing appetite exceeds SportsCenter’s top 10 understands Brad Stevens and Gregg Popovich are 1A and 1B among the league’s coaches.

And yet the men who are paid millions to actually coach basketball are somehow struggling to see that.

And even those who have admitted Stevens was deserving of at least one vote – such as Philadelphia’s Brett Brown – still did not actually vote for him.

Some have suggested the ‘old guard’ is bitter that a fresh-faced coach who never played at a high level is showing them up on a nightly basis.

But we’ll never know for sure.

And in Stevens’ case, he doesn’t care.

When it comes to individual awards, he never has.