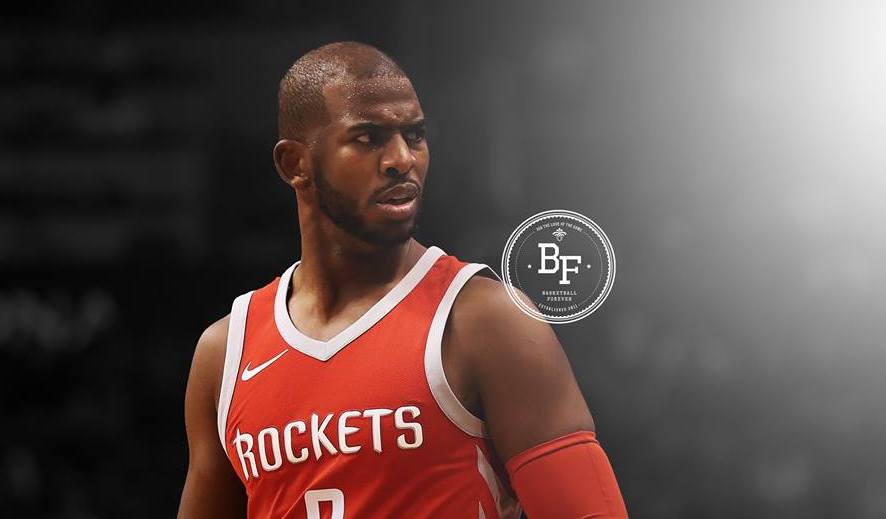 The month of May has long been a tough one for Chris Paul.

For 10 years Paul has often been considered a true NBA elite at the end of April only to be forgotten, despised or ridiculed by mid May.

In 2008 it was the San Antonio Spurs who fought back and defeated Paul’s New Orleans Hornets in a round-two seven-game war.

Critics often point to Jannero Pargo’s fourth-quarter scoring burst and CP3s supposed disappearance down the stretch of the deciding game. In his ‘disappointing’ game he had 18 points, 14 assists and five steals. That series he averaged 24ppg, 11apg and 2spg.

The next season he suffered the worst playoff loss of his career, scoring just four points in a 58 point demolition by the Denver Nuggets enroute to a five-game first round exit.

Individually he bounced back the next season but another first round exit resulted in a Hornets reset. He found himself traded to the LA Lakers, and then re-routed by David Stern to the LA Clippers.

The next four seasons Paul guided his Clippers into the second round three out of four times.

His incredible individual performances in round one and early in round two were consistently overshadowed by dramatic failures as the conference finals beckoned, often in the game’s final minutes.

This trend was at its most pronounced in 2014.

Paul was brilliant closing out the Golden State Warriors in round one. A 22 point, 14 assist & four-steal game-six performance was followed up with a virtuoso 32 point, 10 assist game-one showing against the Oklahoma City Thunder.

Unfortunately, the only thing people tend to remember is Paul’s game five meltdown, with the series knotted at 2-2 and the Clippers up four with 20 seconds remaining.

Those two unfathomable turnovers turned the series and the Clippers weren’t even able to win at home in game six to extend the series. In that losing game-six CP3 had 25 points, 11 assists and seven rebounds but the damage to his reputation was already done.

By 2015, failure was expected from Paul and his Clippers. And true to form they fell down 3-2 in a first round clash against the lower seeded San Antonio Spurs.

No one expected the Clippers to recover against the reigning champions but the Clippers won game six in San Antonio behind a masterful 19pts, 15 assists and four-steal performance from Paul.

CP3 then pulled off an incredible shot to clinch game seven in LA.

The Clippers would go on to lose a 3-1 series lead in the second round, coincidentally to his current team Houston. Those three defeats to the Rockets was the last chance the Clippers would have to contend.

And that round one game winner against the Spurs was undoubtedly Paul’s finest moment in the NBA.

Until now. Until this.

Words do not do justice to what he did with Houston trailing by five in the fourth quarter against Utah in game five of this year’s second round series.

The numbers give you some indication – 41 points, 10 assists, seven rebounds and zero turnovers. He had 20 points, and hit four of his eight 3-pointers, in the fourth quarter alone.

Coach Mike D’Antoni tried to put it in perspective when asked about Paul making up for past failures.

“It’s a little bit of an indictment on our league that he could have a little bit of a label,” D’Antoni said. “If you really watched the games and saw how he played in those games he’s been unbelievable a lot.”

“What he did tonight was incredible. That was fun to watch”, D’antoni said.

“Unbelievable,” Harden said. “He went out there and took over the game. Especially for an opportunity that he’s never had before, he went to go get it, he put it all on his back and said ‘Listen, I got us’. That’s big time right there, that’s a big time performance. He got in his bag, you know he called everybody off, he said ‘you get out the way”, Harden said.

With Golden State also winning their second round series 4-1, the stage is now set.

Chris Paul’s first ever conference finals will be against the reigning champion Golden State Warriors.

The last time he played a reigning champion in the playoffs Paul hit the game-seven winning shot. And if this upcoming Warriors/Rockets battle does go down to the final seconds of a deciding game you know who will almost certainly have the ball in his hands as the clock ticks down.

Game one tips off in Houston on Monday.