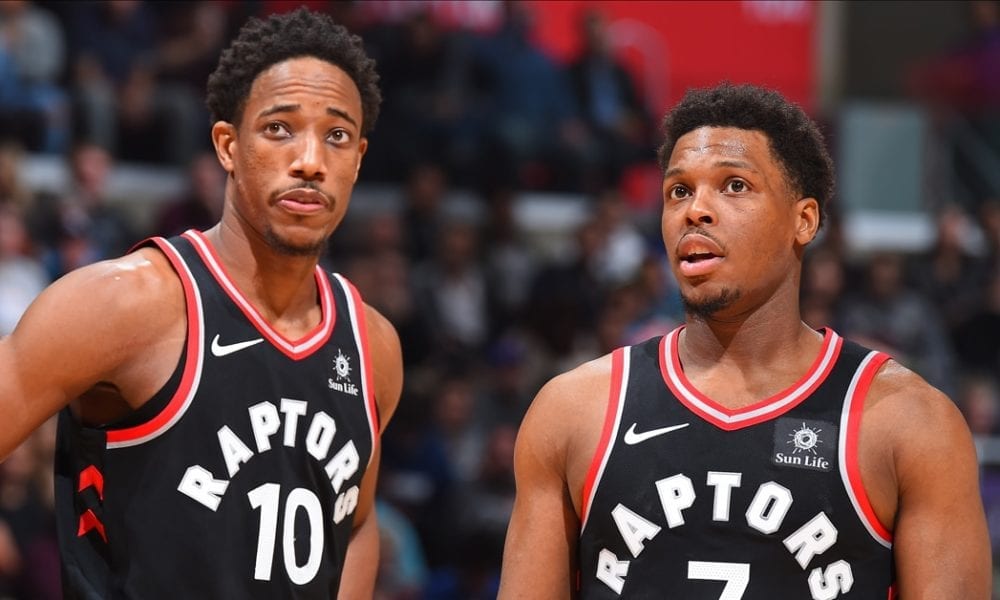 What could be worse than losing to your fiercest rival, the team you’d specifically geared your entire season around?

Well, how about losing to them in three consecutive years.

And in three consecutive cut-throat playoff series, no less.

That’s the situation DeMar DeRozan, Kyle Lowry and their Raptors have found themselves in after once again being knocked out of the postseason by the Cavs.

For DeRozan, his team’s latest failure against Cleveland, despite coming off a franchise record-setting 59-win season, is beyond frustrating.

“This is probably the toughest, most frustrating, difficult, lowest feeling I’ve had,” a heartfelt DeRozan told reporters on Tuesday. “You get to that point where you’re standing firm through everything and you feel like you can’t get knocked down again, and you realise you do get knocked back down again. It’s kind of the worst feeling.”

Particular demoralising was that when Toronto finally showed some sings of life – in the form of a late game three comeback – LeBron ripped their hearts out with an absurd one-legged, one-handed game-winner anyway.

The Raps also coughed up a 10-point lead in game one at home as their tortured fans watched in agony as the game, and eventually the series, slipped through their fingers.

These were the heartbreaking moments which undoubtedly contributed to Kyle Lowry feeling just as devastated as DeRozan, while referring to the season as a “wasted year”.

“We felt like we could possibly make the NBA Finals,” Lowry said. “That was our goal…To be the best, you’ve got to beat the best. We’ve continuously failed against the team that made the Finals the last three years.”

The Raptors had ripped through the regular season with a completely remodelled offence, along with the handy additions of OG Anunoby, CJ Miles and Fred VanVleet.

The Cavs, meanwhile, were without Kyrie Irving for the first time in a long time and had replaced him lesser parts in George Hill, Larry Nance, Rodney Hood and Jordan Clarkson.

It was like Cleveland had ripped out one of their most vital organs and replaced it with four appendixes (that might be a bit harsh, but you take my point).

With Cavs’ new parts not getting the job done and their few remaining faces from 2016 underperforming, they looked to be in a world of trouble.

Especially after barely escaping the first round.

But then round two arrived, and Toronto were once again reminded that the only thing that truly matters in their clashes with Cleveland is King James.

And while the legal paperwork would have you believe a Canadian firm named Maple Leaf Sports & Entertainment owns the Raptors, their true primary owner is LeBron.

And by destroying them in the playoffs once more, he just increased his majority share.