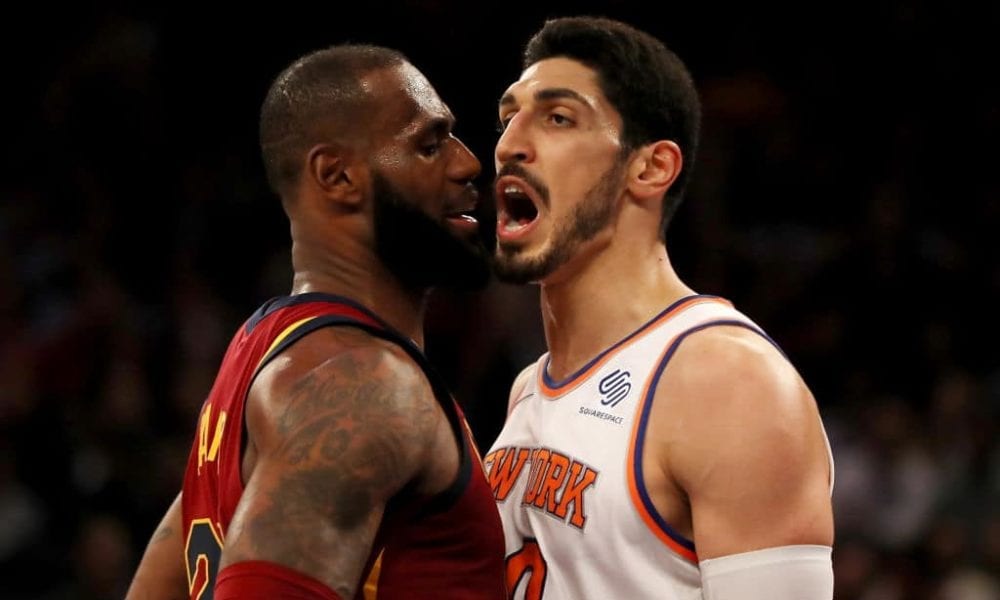 After beefing with LeBron James for years, Enes Kanter has challenged his long-time nemesis to join the Knicks this summer.

Kanter made the comments in a video which coincided with a Twitter Q&A.

“People keep debating about who is the king of New York,” Kanter said. “…Hey LeBron, yes, you really want to be king of New York? Come and prove it. I’ll see you July 1st, brother. Good luck.”

The “king of New York” line refers to James’ infamous November Instagram post, in which he declared himself to be exactly that.

Kanter, who had clashed with James that night in characteristic fashion, did not take kindly to the claim.

“I don’t care who you are,” he said at the time. “What do you call yourself, ‘King,’ ‘Queen,’ ‘Princess,’ whatever you are. We’re going to fight. Nobody out there is going to punk us.”

But it would seem Kanter is willing to put all that aside if James swapped his Cavs jersey for the orange and blue of the Knicks.

Or in the more likely case that LeBron isn’t even considering New York, this has at least provided another golden trolling opportunity for the Turkish big man.

Unfortunately for New York, they would need to shed a lot of salary even if James did want to sign there.

And even then, the Knicks’ lack of talent and organisational stability makes them a definite long shot, despite LeBron old buddy David Fizdale recently being hired as coach of the team.

It read “King of New York? Prove it”.