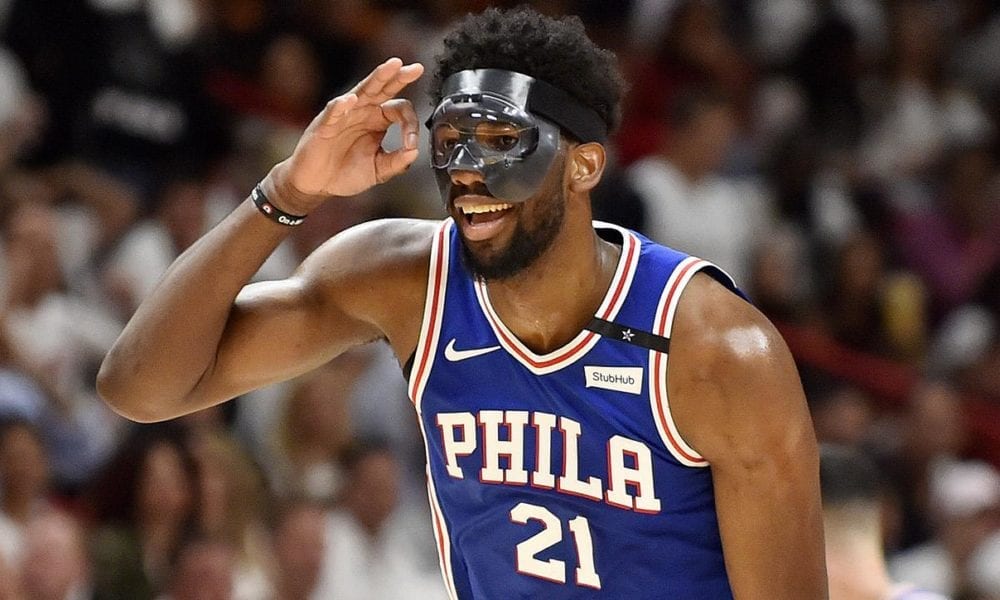 Joel Embiid has been encouraging fellow African Dikembe Mutombo to watch him play in person for years.

Knowing what Embiid was like, when Mutombo finally showed up on Monday night he was full of jokes.

“How long are you going to make me wait for you?” Mutombo smiled as Embiid emerged from the media room postgame, according to Yahoo Sports’ Michael Lee. “It’s been over an hour.”

Mutombo’s jokes quickly turned to advice, and he was the perfect one to give it.

Embiid was battling also insurmountable odds at the beginning of the night, down 3-0 to the Boston Celtics, and Mutombo knows exactly what it’s like to be in that position.

He was a member of the 1994 Denver Nuggets team which became one of only three teams ever to force a game seven after digging themselves a 3-0 hole.

That was against Utah in the Western Conference Semi-finals, just one round after beating the top-seeded Seattle Sonics, despite being the eight-seed themselves.

“I told him, ‘You have to keep [the] faith. We did against Seattle. You can do it,’” Mutombo said , per Yahoo Sports. “It’s not over until that lady comes — and she has to sing.”

As the NBA’s global ambassador, Mutombo spends a lot of time on the road.

But the iconic big man said he was glad to finally see Embiid play in the flesh.

“I had to go see Jo at least one time here,” he said. “He’s been giving me a hard time. He said, ‘You are our elder. You opened the gate for us. How come you don’t come see us? We made it.’ So I’ve been feeling a little bit of pressure. I’m so happy for him. He has a great future.”

Related Article:  How Booker Has Leveled up and Carried Phoenix to 16-7

Having won game four to move the series deficit to 3-1, Embiid is just two wins away from replicating his hero’s effort in 1994 by forcing a game seven.

And you can bet your size 19 boots he believes he can go one better and win the whole series.