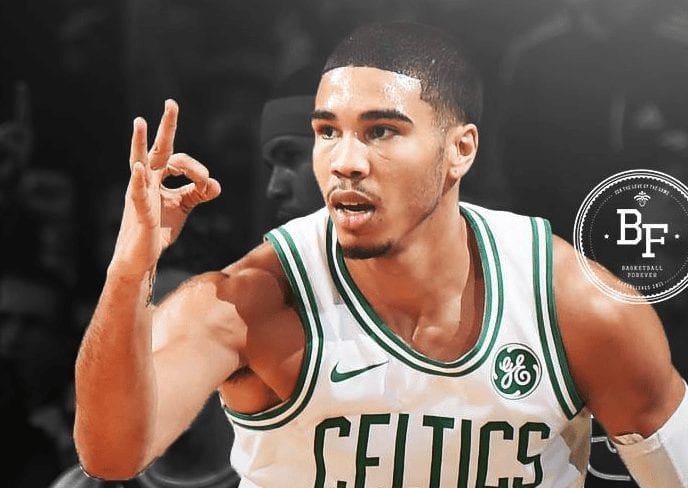 Jayson Tatum has opened up on the well-publicised dose of trash talk he fired at Joel Embiid during game three on Saturday night.

When Tatum was fouled by Embiid as he attempted to throw down a tomahawk dunk, TV mics picked up the Celtics rookie telling Philly’s star centre, “You got lucky.”

But the former number three overall pick was all smiles when discussing the moment with the media on Sunday.

“I don’t really talk trash, and I was just joking,” Tatum said.

“Me and [Embiid] got the same trainer, so we know each other pretty well. We’ve joked a lot in those games whenever we play each other.”

Tatum added that he and Embiid would soon work out together during the offseason, and joked that the more bragging rights he had over his larger than life friend, the better.

“Hopefully we beat him so I got something to say,” he said.

With Boston now up 3-0 on Philadelphia and inevitable winners of the series, that certainly shouldn’t be a problem.

And while some have marvelled at Tatum’s ability to excel in the postseason at such a young age – having turned 20 in March – he doesn’t think much of it.

“I think ever since I was young, I just always envisioned myself in these type of moments in the playoffs on the highest level,” he said. “It came quicker than I expected, at a young age. But I think it’s still basketball at the end of the day. We’ve all worked our whole lives to get to this point. Now it’s just being comfortable out there.”

Tatum will get his next crack at Embiid and the 76ers when game four tips off on Monday.