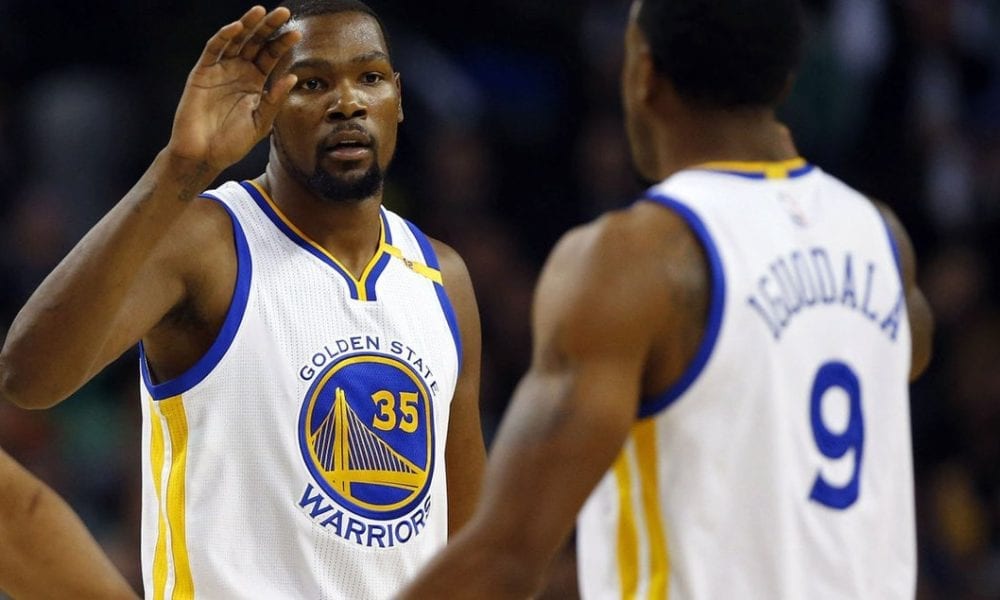 And in the same breath, he had made – guess what – a Michael Jordan comparison.

In fairness to Iggy, he was making the point that Durant has certain spots on the floor from which he simply cannot be stopped, much like MJ, before essentially being egged on by reporters to compare himself to Scottie Pippen.

“KD was just KD, we got to his spots, got to his shot,” Iguodala said. “It’s kind of reminding me of 90s basketball when you got to score, and they get the ball in their spot, take one dribble. Just get to their spot, the defence can’t even think about it. It’s kind of reminding me of MJ. I don’t like to make that comparison, but you know, he’s got some spots and there’s nothing you can do about it.”

On Sunday night against New Orleans, it felt like anywhere and everywhere was one of those spots for KD.

The Pelicans simply did not have anyone who could even come close to stopping Durant.

Sure, nobody does, but New Orleans was at a particularly noticeable disadvantage with Jrue Holiday being their best man for the job.

While Holiday is a remarkably good defender and deserves All-NBA honours in that category, the poor guy is giving up at least six inches to the towering Durant.

Whether KD has Jordan-esque tendencies or not, once he whips himself into an offensive frenzy, it’s game over.

For the Pelicans, it might be series over too.