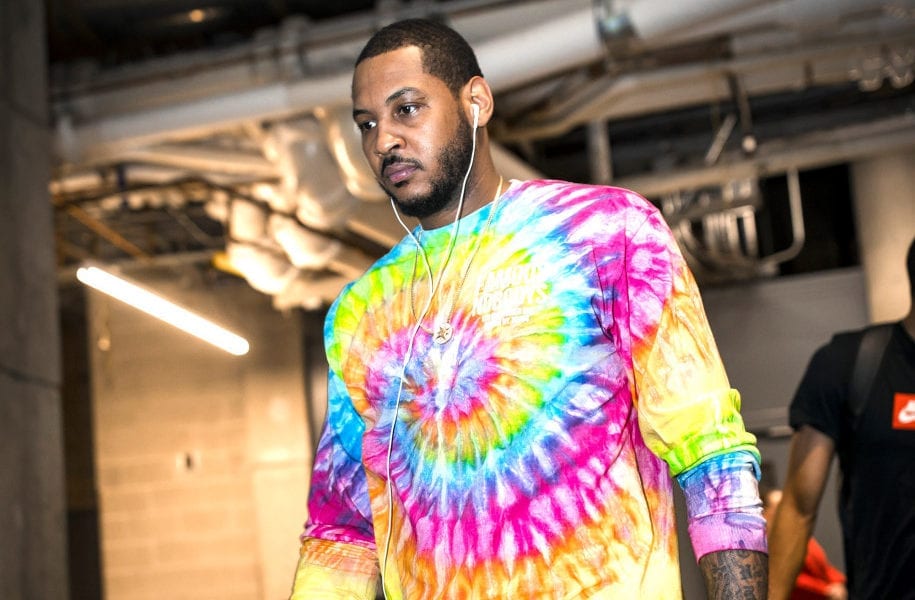 Some of his shirts might be incredibly bright, but Carmelo Anthony’s future with the Thunder appears to be anything but.

That’s according to multiple reports which suggest Oklahoma City simply isn’t sold on keeping Melo around for next season.

Anthony and the Thunder have been on different wavelengths for months now, with Melo believing he’s still a valuable starter and OKC envisioning a much more limited bench role.

According to SportingNews’ Sean Deveney, the Thunder may look to file their divorce papers with Anthony if they can find the right way to do so.

“While the Thunder want to keep George long-term, they’d very much like to find a way to rid themselves of Anthony, who could not find a role with the team and did not inspire confidence with his unwillingness to sacrifice,” Deveney wrote.

The reports surfaced right as New York Post writer Marc Berman claimed the team would likely explore a buyout if Anthony didn’t opt out of his deal, while coinciding with Thunder GM Sam Presti making comments which suggested one season of Melo in OKC was more than enough.

“I’m going to reiterate one thing because it’s important,’’ Presti said during a press conference on Wednesday. “His comments at the end of the year are not reflective of his approach this year. He put both feet into that. He has to decide if he wants to do another year of trying to be a stretch player…He’s being candid and honest. We have the same responsibility. We have to be candid and honest with him.’’

With plenty of chatter swirling around Paul George’s potential departure, the latest instalment of Melodrama suggests old mate Russell Westbrook may have signed his long-term deal with a team consisting of zero stars outside himself.

Not that being the only go-to guy seemed to bother him too much last season.