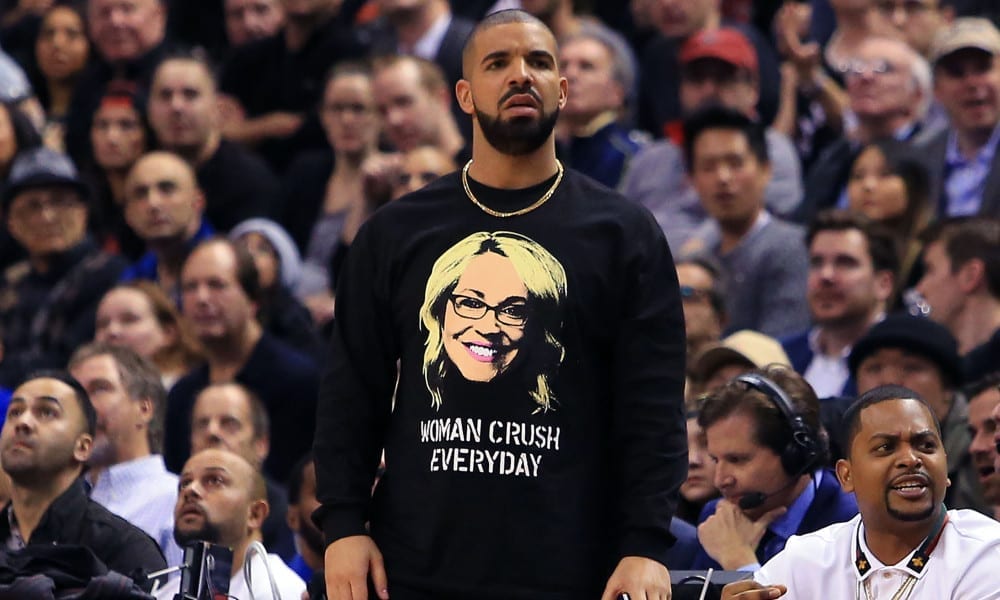 When people have the ‘Drake vs Kendrick’ debate, very rarely is this what they’re referring to.

But it’s exactly what we got when the Toronto-born rapper got into it with the Cavs center/consultant/ball boy, sparking what might just become the most random beef of the year.

It all started with some choice words at half-time…

Oh snap, Perk and Drake were going at it! (via @KGArea21) pic.twitter.com/xPrWfQN0XB

The shit talking then resumed post-game.

And if you think this was just a bit of friendly banter, think again.

This went all the way into the tunnel, with Drake calling Perkins a "f—— p—-" and calling for him to come out. "I'm here in real life," he said. He was mad. https://t.co/3DJ2HBvrWN

Perkins was having absolutely none of it, still fuming once the dust had settled.

“What happened was I was talking to my old teammate Serge (Ibaka) walking into halftime telling him ‘We about to win this game’ and Drake butted in talking shit to me,” he told ESPN’s Adrian Wojnarowski. “So I said something back to him.”

Before we move on, let’s just take a moment to appreciate how amazing it is that America’s most serious basketball journalist is reporting on a beef between what is effectively an overzealous Raptors fan and LeBron James’ grandfather.

Anyway, ESPN’s Dave McMenamin followed Woj’s tweet with some fire Perk quotes of his own.

“I was f—ing with Serge (Ibaka), my old teammate” Perkins said. “I wasn’t talking to (Drake). He said something slick so I said something back: ‘Sit your ass down and watch the game.’”

While we’re yet to hear Drake’s side of the story, this certainly provides another fun subplot for game two.