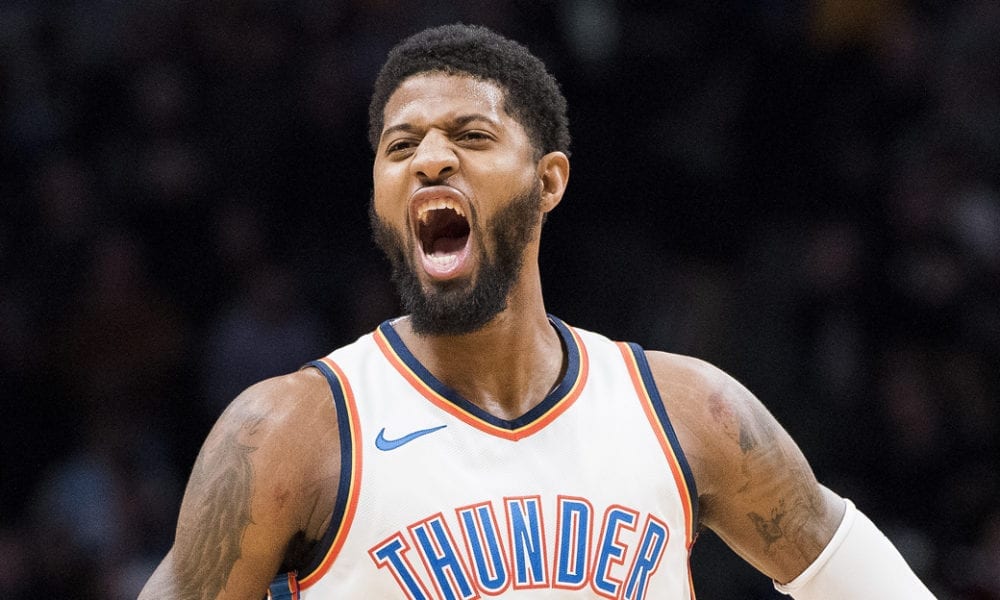 Despite previously hinting at staying with the Thunder, it looks like Paul George is planning his escape route from Oklahoma City after all.

That’s the word from ESPN radio host Ryen Russillo, who on Tuesday said he had it on good authority that George would sign elsewhere over the summer.

“It’s the first time I’ve heard from anybody that I trust that George is gone,” Russillo said.

And while the natural conclusion here is that George must be heading to LA, Russillo did not confirm or deny.

“I don’t know where,” he said. “…Paul George knows what to say, but I wouldn’t trust anything he says.”

George spoke about being part of the Pacers family as recently as last summer during a celebrity softball game.

It was just one day before he told Indiana he would not re-sign with them when his contract expired in 2018, effectively forcing a trade.

Meanwhile, should Russillo be proven correct, it would cap off a horror handful of days for OKC, having crashed out of the first round with a 4-2 series loss to Utah.

Similarly depressing was George finishing what could have been his last game in Thunder colours with just five points on 2-16 shooting.