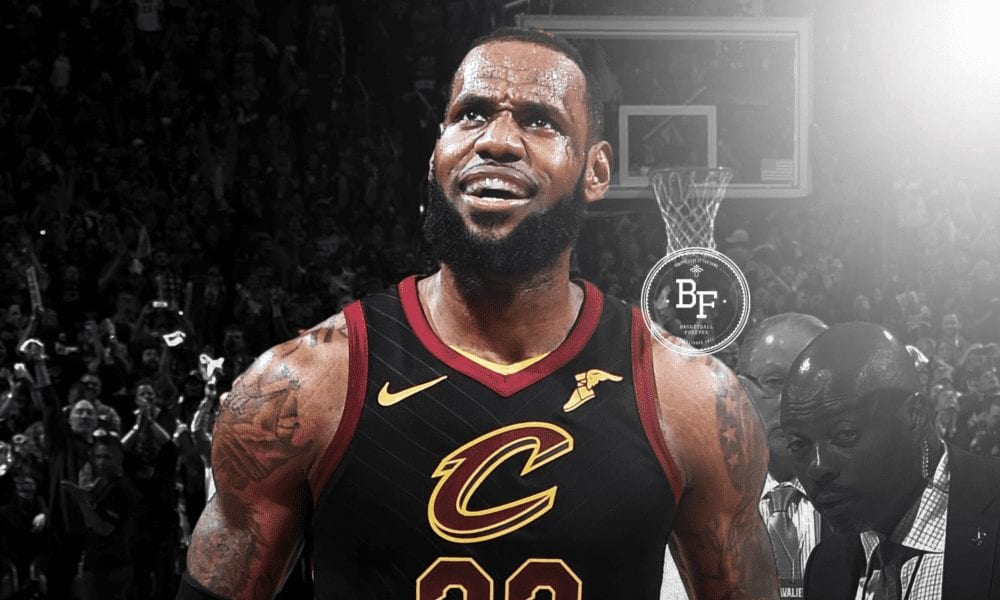 In the heat of Cleveland’s game seven battle with the Pacers on Sunday, LeBron James turned to the sideline and bellowed “I’m playing the whole game!”

Having shot 11-15 in the first half while his teammates went 10-32, LeBron knew his team was toast if he didn’t push himself to the limit.

Eventually, he exceeded that limit, a rare occurrence for a man who has redefined what’s physically possible for professional athletes.

James left the game late in the third quarter with cramps and needed bulk orange slices before he could return.

When you bring snacks to work but don't want to share#RingerNBA pic.twitter.com/gZaY0yh1zo

When James hit the floor again in the fourth, he managed just two field goals from four attempts, while picking up three fouls, three turnovers and zero assists.

Slow finish aside, it was one of LeBron’s finest playoff performances, finishing with 45 points, nine rebounds and seven assists.

But damn, no wonder he’s tired.

At 33-years-old and 15 years into his career, James led the league in games and minutes played during the regular season, playing all 82 contests while averaging 36.9 minutes per night.

Sure, LeBron will probably climb into his hyperbaric chamber and undergo all sorts of mind-bending medical wizardry before round two begins.

But even if he makes a series of it against the Raptors, having to choose between playing 48 minutes and losing must be royally pissing him off.

This is a man whose entire life is geared around staying healthy and extending his career as much as humanly possible.

Despite being the one loudly proclaiming he’d play all night against Indiana, James knows maintaining those minutes will drive him towards an early basketball grave.

There’s a reason he once strongly advocated for the rights of players to take scheduled nights off.

Now, he needs those nights off more than ever. LeBron is too old for this, and he knows it.

Even his famously indestructible body will give out at some point. He needs a team with elite young players.

Philadelphia has two. The Lakers have two (if you stretch the definition of ‘elite’ a little). But Cleveland has zero.

This cannot continue, and as a result, neither can LeBron’s time in Cleveland.