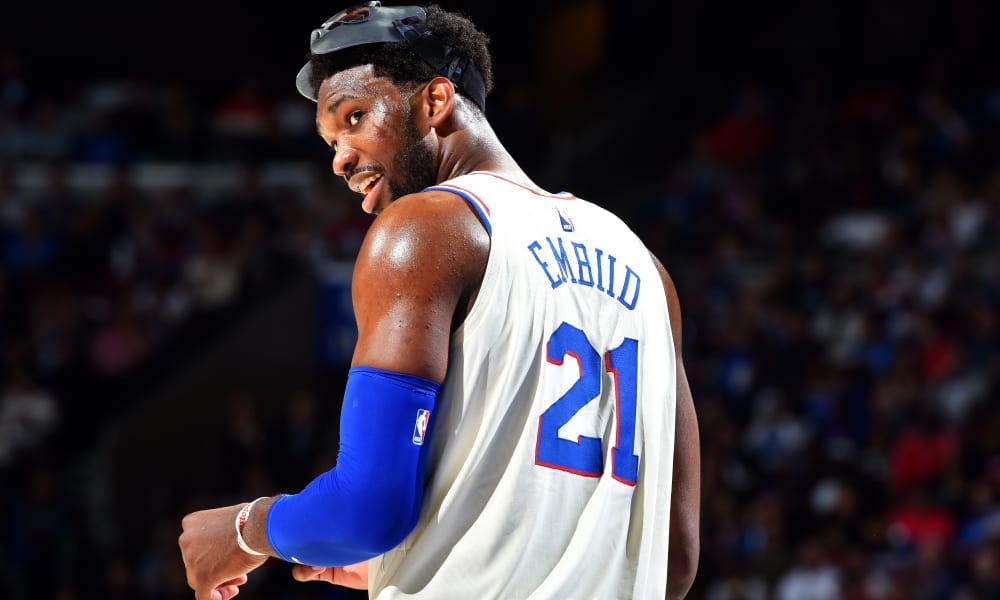 In Joel Embiid’s mind, any time is a good time to troll Hassan Whiteside.

Even a solid week after eliminating him from the playoffs.

Embiid just couldn’t pass up the opportunity to take yet another amusing jab at his nemesis when Heat team president Pat Riley criticised Whiteside’s playoff performance this week.

Embiid makes a good point, having missed the first two games of the Sixers-Heat series with a fractured orbital bone after colliding with teammate Markelle Fultz late in the regular season.

And yet he still averaged 18.7 points, 10.3 rebounds and 3.0 blocks over the final three games as Philly closed out the series in emphatic fashion.

Worst still, his team had a minus-15.3 net rating while he was on the floor.

The big man was falling out of Miami’s rotation, and at times, seemingly already thinking ahead to his summer vacation.

This is just the latest chapter in Embiid’s ongoing beef with Whiteside, which suddenly feels like it’s been going on forever.

Hopefully for our entertainment’s sake, it does.