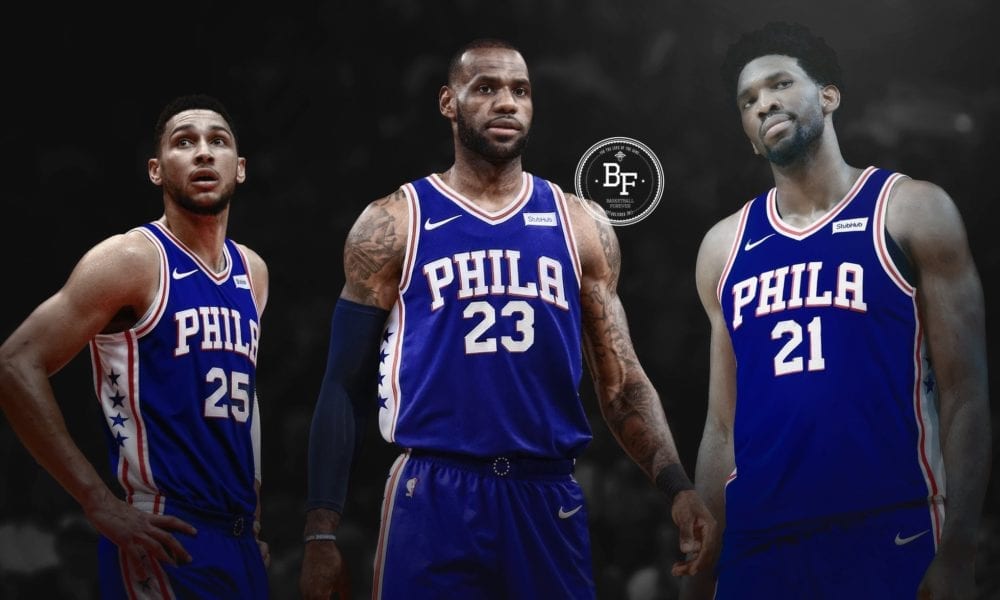 The Philadelphia 76ers have risen from their process-induced slumber much faster than many anticipated, and that growth could accelerate further with the potential arrival of LeBron James over the summer.

LeBron heading to Philly was once a mere fantasy, reserved only for the daydreams of the most daring Sixers fans.

But rriting in his popular newsletter, the New York Times’ Marc Stein has suggested Philadelphia was growing in confidence they could secure the King’s services once free agency arrives.

“The Cavaliers suddenly look so rickety again that I now fully understand why whispers about the Philadelphia 76ers and their growing behind-the-scenes confidence that they can woo LeBron to Philly this summer are getting louder,” Stein wrote.

Interestingly, in March, The Ringer’s Kevin O’Connor said league sources had indicated James would only listen to offers from the Cavs, Rockets and Lakers.

But with Philly uniquely constructed to compete at a high level for a very long time, as well as being home to LeBron’s protégé Ben Simmons, it could prove a hard destination for James to refuse when push comes to shove.

How well LeBron would fit within the Sixers playing group is a whole other story, with the primary concern being whether LeBron’s ball dominance would limit Simmons’ effectiveness.

However, James and Simmons are two of the smartest players in the game, and would likely figure it out after going through some initial growing pains.

And if you have the chance to sign the best player in basketball, you surely can’t say no.