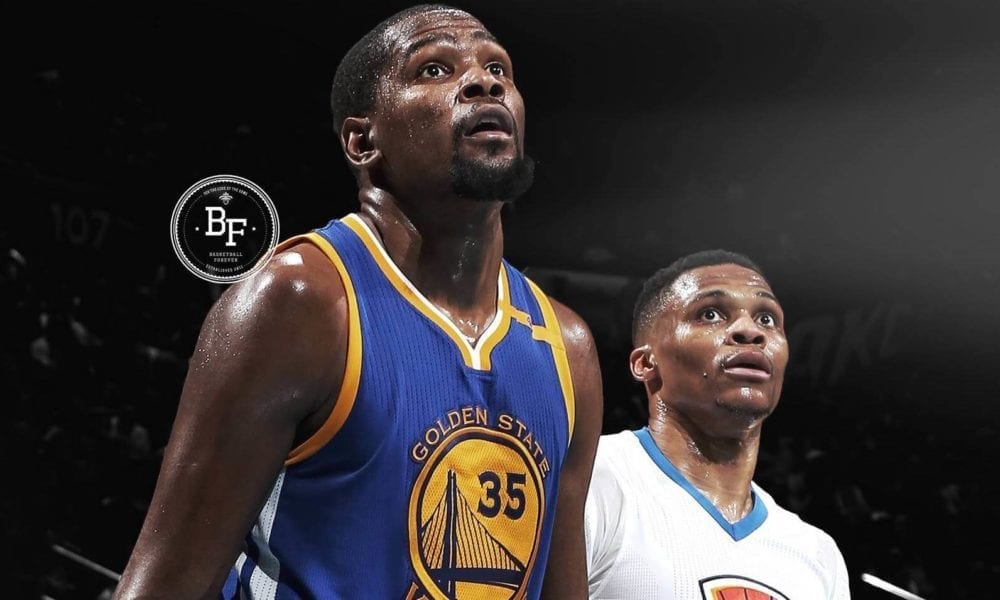 Kevin Durant is taking heat for another social media related indiscretion after liking an Instagram comment which criticised Russell Westbrook on Monday.

The post said Westbrook was the “problem” when he and Durant played together in Oklahoma City.

KD later told ESPN it was a “total accident” and that there was “no story here”.

Unfortunately for KD, it is a story.

Largely because of his detailed history with burner accounts on Twitter, not to mention his relationship with Westbrook once being about as chummy as Israel and Palestine’s.

In September, Durant tweeted from an unverified account – eventually proven to be his – that he didn’t like playing for the Thunder or coach Billy Donovan, adding that the team surrounding him “wasn’t that good” outside of Westbrook.

He later fessed up.

So with the full history of Durant’s previous social media controversy in mind, this probably wasn’t the best look.