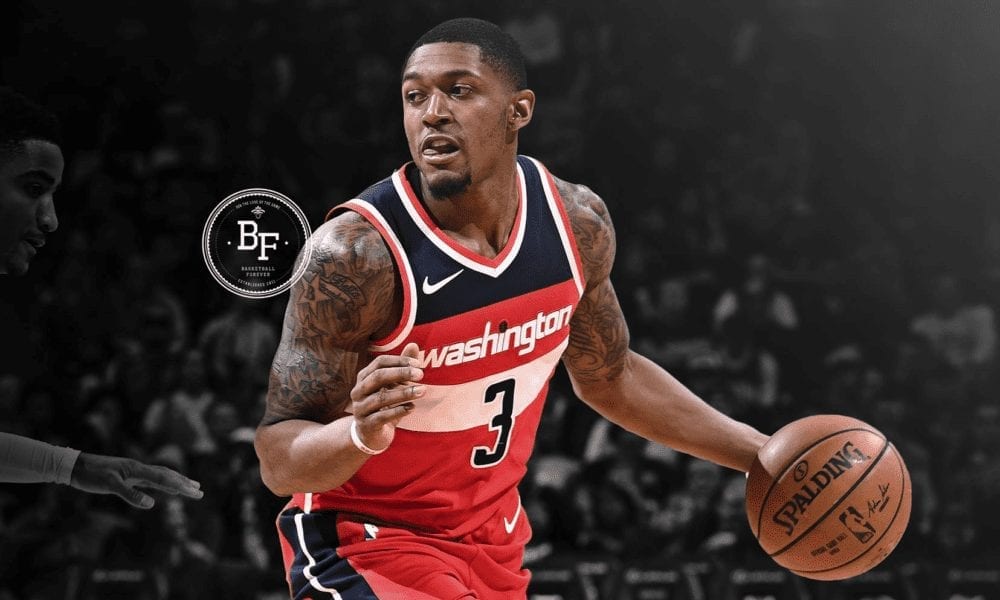 Bradley Beal was all of things and more after fouling out of game four on Sunday following a highly questionable call.

Beal was whistled for his sixth foul when, standing his ground with arms raised, he tipped backward onto the court after DeMar DeRozan tripped over him in pursuit of the ball.

The disbelieving Wizards star furiously protested by storming almost all the way to half court.

The baffling call was made when scores were locked at 92-92 with 5:48 remaining in the game.

Beal had been the Wizards’ best player all night, with 31 points to his name.

He later said he was “beyond emotional” following the incident,  according to ESPN’s Ohm Youngmisuk.

“When initially they called me for my sixth, I was beyond emotional, beyond mad, frustrated,” Beal said. “Pretty much any synonym you can add on that list. And I honestly thought they were going to kick me out of the game because I was so mad. I was happy they didn’t do that. I kind of gathered my emotions and thoughts and told my team that we are going to win regardless, because we still got John in the game and I love our chances.”

Beal wasn’t the only Wizard to find himself less than impressed with the officiating.

Chief among them was Marcin Gortat.

“I don’t know, I truly believe that some of those calls are very soft,” Gortat said. “I have never seen so many soft calls in the playoffs, but I have to go back to the tape and watch it again. I may be wrong and had a bad angle.”

Thankfully for Washington, John Wall stepped up to lead their 14-6 run which rounded out the game and potentially saved the Wizards’ season.

It was a gutsy effort in the face of adversity from Wall, ensuring the series was tied 2-2 heading back to Toronto.