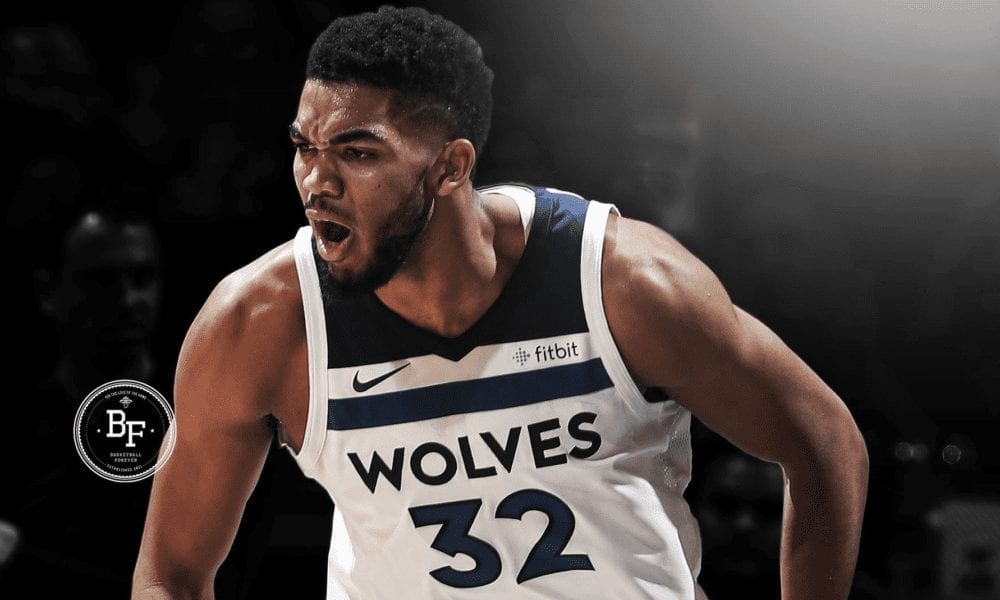 The greatest frustration that comes with watching the Minnesota Timberwolves – and there are many – is the unrealised potential.

Andrew Wiggins was once the team’s embodiment of this problem.

He has all the physical attributes to be a fantastic defensive player, and yet underwhelms on that end of the floor year after year.

However, Karl Anthony-Towns is starting to replace him, as a widespread campaign – led by publicity manager Shaq – to get him the ball intensifies.

Despite his troubles at the defensive end, Towns has proven himself to be elite offensively.

KAT is putting up 21 and 12 with a true shooting percentage of 64.6, which is just 2.9 percent shy of category leader Steph Curry.

But he isn’t being treated by his teammates like the offensive machine he is.

Towns has the lowest usage rate among all NBA players averaging at least 20 points per game, despite having the highest field goal percentage of that entire group.

In Minnesota it’s Wiggins who takes the most shots, followed by Jimmy Butler and then Towns.

But if you listed those three guys by field goal percentage, they’d come in reverse order.

Getting Towns the ball largely comes down to coach Tom Thibodeau and floor general Jeff Teague.

Teague says he wants to see Towns better utilised within the Wolves offence, but Thibodeau’s offensive plan in game one against Houston went away from the talented big man.

Thibs attempted to use speed rather than size against the Rockets, spreading the floor and encouraging guards like Teague to burn bigger guys, rather than having Towns – who was often relegated to the corner – burn smaller guys.

It was a game plan which prompted Charles Barkley to label the T-Wolves “one of the dumbest teams” he’d ever seen.

It’s worth noting that Towns has had trouble recognising mismatches at times, but that’s hardly a good reason to ignore him when he’s being guarded by pint-sized guards.

Stepping back for a moment and sometimes it feels like we should just let Minnesota enjoy being in the playoffs for the first time since George W Bush was re-elected.

We’re asking questions of how they’re going to become a championship threat when merely making the playoffs was a massive moment for this franchise.

It feels a little bit like interrupting a child’s tenth birthday party to ask them how’re they’re ever going to become a doctor.

Game two on Friday may give us a better idea of where the Wolves are at with all this, and if they’ve learnt anything from their game one experiences.

But it’s pretty safe to expect more frustration while watching Minnesota, as we continue to wonder why a team with Jimmy Butler and two number one picks can’t figure out how to be better than an eight-seed.