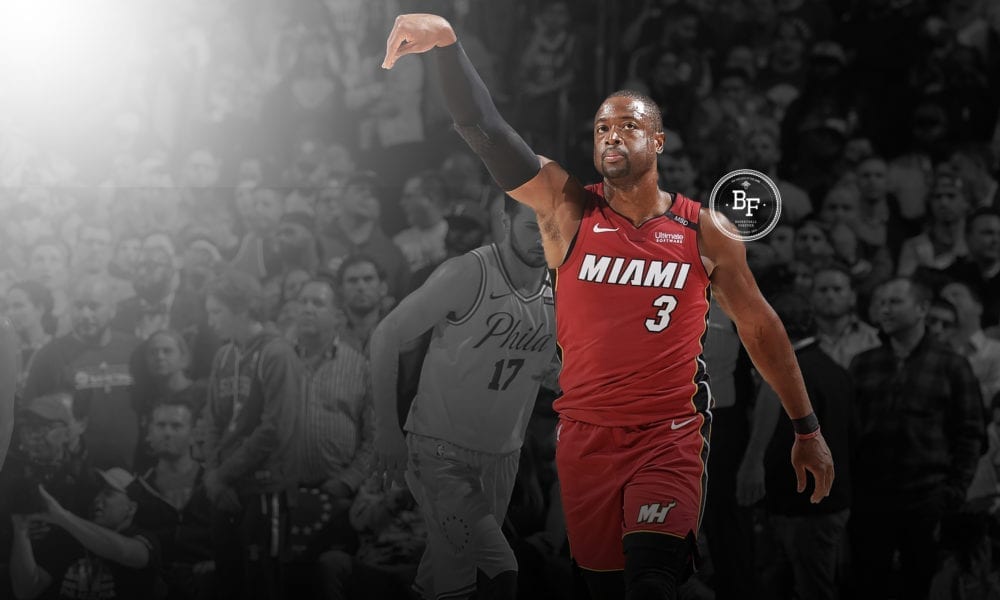 The game started off showcasing one-man’s versatility: rookie phenom Ben Simmons jumping center and out-muscling the Heat bigs for a tip-in soon after.

But the final three quarters of game two showed off Miami’s versatility. Not to mention their deep bench.

Even at 36-years-old, Dwyane Wade is an overqualified sixth man. He was the eighth Heat player called into this game and he came out sizzling.

His 15 second quarter points fuelled a 34-13 run and established a 14 point halftime lead.

It also saw him pass Larry Bird into 10th all-time in playoff scoring.

The offensive outburst was nice but the defensive adjustment from the Heat was a more important factor in limiting Simmons’ impact.

They risked fouls and jumped passing lanes, encouraging Simmons to shoot and slowing down the Sixers’ offence.

In game one, Philadelphia shot an ungodly 64 percent from distance (18-28) but their three point shooting in this one was an abysmally low 17 percent (7-36).

But this game wasn’t won and lost because of missed shots.

As Wade ruled the midrange, the Sixers stuck with their three-point shooting plan. And it worked. Briefly.

Dario Saric hit two straight from long range, on his way to 23 points, and the home side stormed back with a 21-7 fourth quarter run to reduce the margin to two points.

Wade was reinserted and had an immediate impact. First he emphatically stripped the ball from Saric, leading to a run-out dunk. He then threaded the needle perfectly for a James Johnson bucket.

The margin back to six points.

But the Sixers kept coming, a turnover giving them a three-on-two advantage and a guaranteed two points. But they went for three. And got zero. Robert Covington somehow secured Marco Belinelli´s missed shot but he then threw it through JJ  Redick´s legs and out of bounds.

The home court advantage that Philly worked all season to get is gone.

Game three back in Miami should also see the return of Joel Embiid, and that game can’t come soon enough.