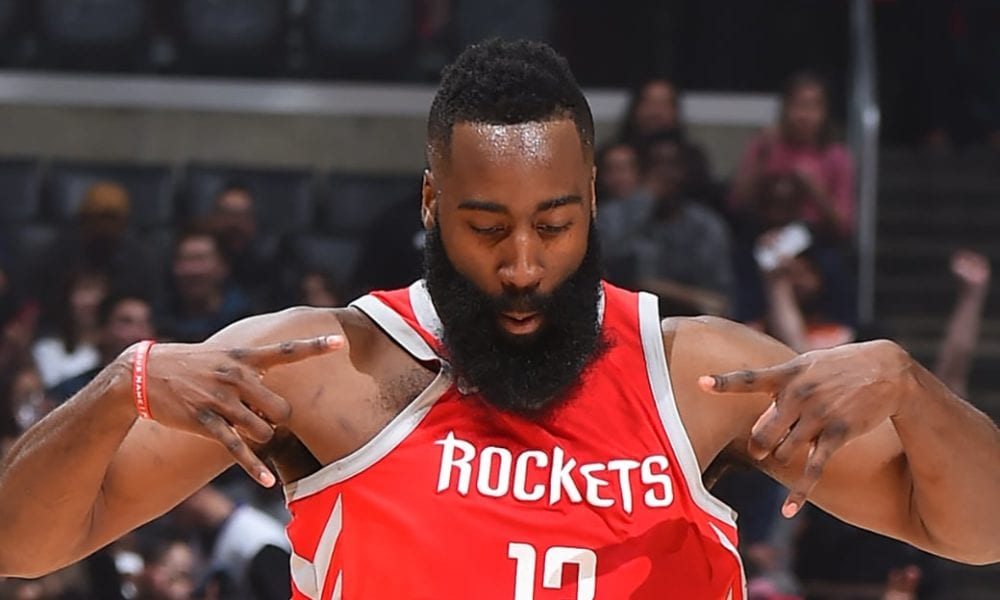 They call it the Wild West for a reason and the playoffs will undoubtedly provide us with another reminder why.

To help you prepare for the imminent chaos, here’s a breakdown of each and every series.

If you missed our Eastern Conference preview, be sure to check it out here.

Fighting like hell in the regular season finale for the right to face Houston in the first round is like studying all night knowing you’ll still get crushed at the exam the next day.

The Rockets – and their bearded superstar in particular – are unguardable at the best of times, and the Timberwolves rarely set the world on fire at the defensive end.

That’s despite their hard-nosed coach being renowned his defensive philosophies as much as his rejection of basic sports science.

Houston swept the season series and Minnesota simply hasn’t looked anything like what you’d expect from a team led by Jimmy Butler and a pair of number one draft picks.

However, Butler is Minny’s one chance to make this a series.

He only played one full game during that season series sweep and the Wolves have been just so much better when he’s on the floor.

Meanwhile, the Rockets will be missing key defender Luc Mbah a Moute due to a dislocated shoulder, but have more than enough to cover for him against a lesser opponent like the Timberwolves.

The Rockets look like such certainties to make this a quick series that it might be fair to call this thing an upset if the T-Wolves merely keep it close.

The Warriors have been struggling mightily without Curry, and do you really think they would’ve wanted to see someone like Anthony Davis and the red-hot Pelicans first up?

Sure, Golden State would’ve prevailed eventually, but what a pain in the ass that could’ve been.

Instead, they get to play the only Western Conference playoff team that’s been as underwhelming as they have.

While Golden State’s offence is nowhere near its apex without Curry in uniform, if they lock down on defence this could be over in a hurry.

Working in the Spurs’ favour, as always, is having Gregg Popovich on their side.

Not to mention LaMarcus Aldridge, who has been fantastic this season.

But Aldridge did struggle against the Warriors in the playoffs last year, and you’d have to think the whole team will do the same this time around.

Portland has clicked in a way few thought they would and despite their roster reading more like a six or seven-seed, they’ve ridden the exploits of Damian Lillard, CJ McCollum and a fantastic supporting cast to third in the west.

Meanwhile, New Orleans deserves a lot of credit for refusing to quit on a season which looked dead in the water the moment DeMarcus Cousins went down.

Instead, Davis went on an almighty tear, Emeka Okafor rose from the dead and Nikola Mirotic arrived on the scene before eventually catching fire from deep.

While Portland’s offence is a lot of fun to watch with Dame and CJ running the show, they pride themselves on defence.

But the Blazers could be seriously tested at that end of the floor by the Pels, who are coming in hot after averaging 121 points per game over their last four games.

The Pelicans would be the sexier pick, but we can’t ignore Portland’s far superior body of work this season.

Make no mistake, Oklahoma City will have their hands full with Utah.

Despite having three big names, the Thunder’s offence has been known to get stale at times.

Meanwhile, the Jazz are a defensive juggernaut, thanks in large part to the Stifle Tower (and shout out to Rudy Gobert for having the NBA’s best nickname for five years running).

Look for Utah to turn this series into a grind-it-out affair, as they’re perfectly constructed for that style of play.

While OKC has the edge in terms of raw talent, Utah still has a budding star in Donovan Mitchell – the proud owner of some of the biggest balls in the league – to unleash when the chips are down.

Oh, and the Jazz also have the number one net rating in the league since the All-Star break.