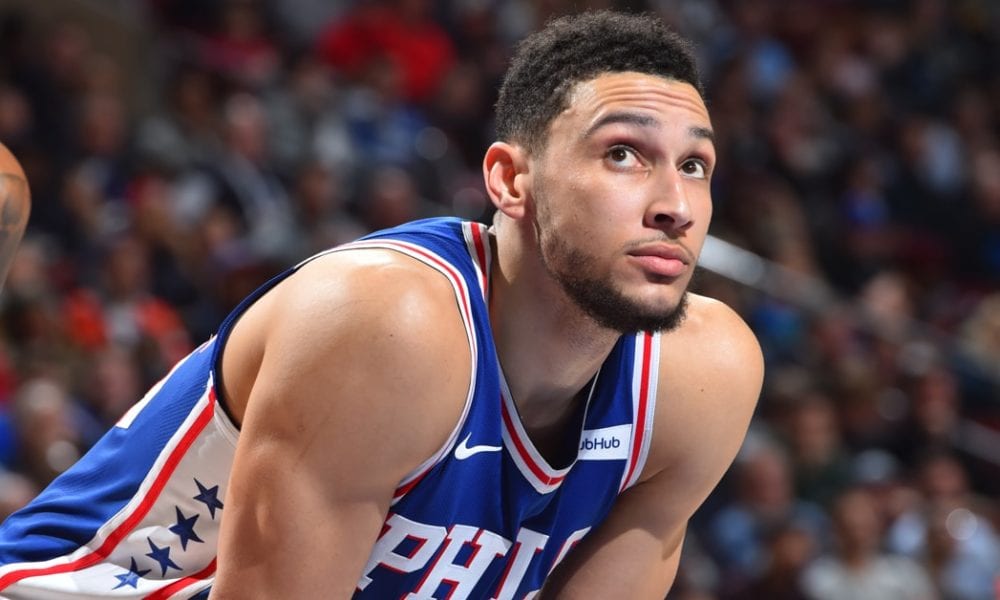 The playoffs are right around the corner, and here at the Basketball Forever HQ, we’re hooking this postseason into our veins.

Having made it through a regular season finale so wild we needed several ice baths and yoga sessions just to recover from watching it, let’s take a moment to examine each playoff match up.

We’ll take a look at the Eastern Conference first up.

For our Western Conference preview, look no further.

Having reinvented their offence and enjoyed a fantastic season as a result, the Raptors will be feeling the pressure to show they’re more than just a good regular season team.

Especially after looking quite shaky over the final two weeks of the season.

But now with the postseason on the horizon, Toronto would have to be feeling pretty good about drawing the Wizards first up.

The Wiz Kids lost 14 of their last 21 games of the regular season and finished it off with a loss to goddamn Orlando.

Washington is also battling the long-standing perception that they’re better without John Wall.

It certainly didn’t help that the Wizards went 15-12 without Wall over his most recent stretch of inactivity, before dropping five of their final seven games with him back in the lineup.

For a team that’s been plagued by bickering and finger pointing, the Wizards will need to put all that behind them to avoid copping a blasting from the Raptors.

While rotations traditionally shorten once the postseason arrives, bench play still figures to be particularly important throughout this series, with Toronto’s reserves famously kicking ass this year and Washington’s more or less doing the opposite.

After a season which promised so much, the Celtics are a genuine chance to get knocked out in the first round.

It’s unlikely, but it’s in play.

There’s just that little bit of upset potential looming around the corner.

With Kyrie Irving missing, the Bucks have by far the best player in the series in Giannis Antetokounmpo, a factor which always goes a long way in the playoffs.

The Celtics will also be without Marcus Smart, who is the embodiment of their defensive identity.

But despite being undermanned and lacking the star power to match Giannis, betting against Brad Stevens feels like professional malpractice.

Watch out Miami, because these young and wild-eyed Philly upstarts are on one hell of a roll.

The 76ers enter the playoffs on a 16-game winning streak and have knocked the absolute snot out of teams in stretches lately, entering the post season on the back of a 35-point win over Milwaukee.

The flip side to that is 13 of those 16 wins came against non-playoff teams and there’s always deer in the headlights potential for young teams that’ve never experienced the postseason.

Having said that, there’s little chance Ben Simmons wilts under the spotlight and the same can be said for his co-star Joel Embiid.

A lot of this comes down to Embiid’s return date, and if he’s out for a significant amount of this series, it could come down to the wire.

Miami is undoubtedly the more experienced team, but Philly has enough talent to get the job done.

Indiana has been one of the great stories of the season.

And yet with Cleveland first up, the first round will almost certainly prove to be their final chapter.

While Indy’s pieces fit together much better than anyone predicted, in the playoffs it’s all about star power.

And with LeBron James’ rejection of the widely accepted effects of old age, they sadly don’t stand a chance over a seven-games series.

The good news for the Pacers is Cleveland’s defence has been inconceivably bad all year, second-worst in the league behind the Phoenix Suns, a team which tanked the living shit out this past season.

The Cavs will surely switch on a little more at that end of the floor once the playoffs begin, but valid questions have been raised over this team’s defensive ceiling even when they are trying.

It’s just about impossible to shake six months of bad habits in one night, and yet with LeBron in their lineup, none of it will matter against Indiana.

Adding some extra spice to this series will be Lance Stephenson pestering LeBron to within an inch of breaking point on a nightly basis.

That alone should be worthy of a fresh batch of popcorn.