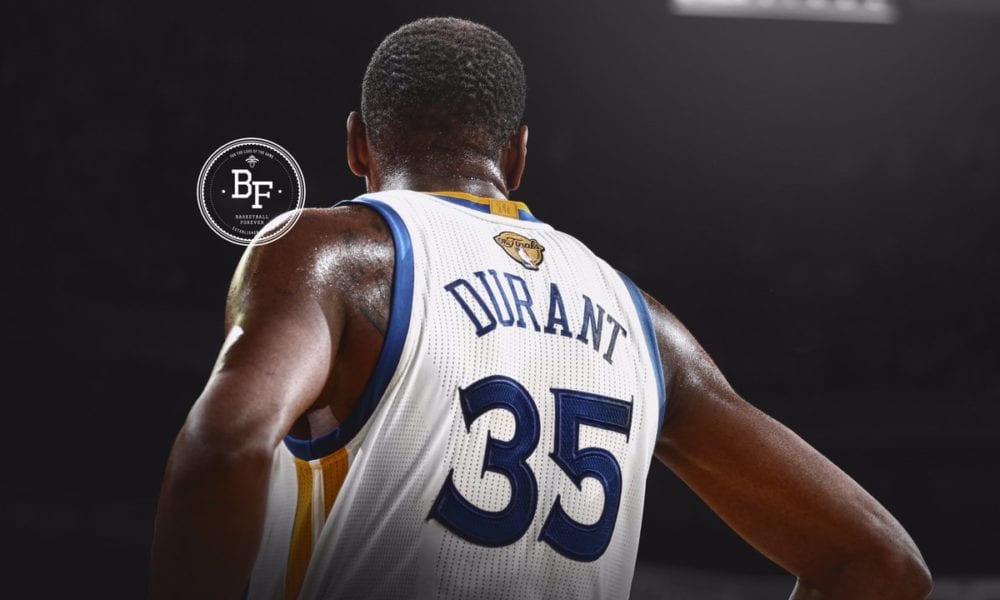 The Golden State Warriors are telling us that they’re in trouble. But no one seems to be listening.

Coaches and players are openly admitting the team has issues but the media is either more focused on other teams or is simply giving them a pass, which they do deserve.

Still, we need to listen to what the Warriors have been saying.

Consider these recent comments from Kevin Durant on the team’s recent struggles.

“I just feel like there’s been so much movement in our lineups, and I think we let that take its toll on us a little bit,” Durant said. “We should push through it. I felt like it killed the morale a bit toward the end of the year, but I felt like guys did a good job, especially the younger guys coming in and trying to play extremely hard. It’s a weird finish to the season and hopefully that mojo doesn’t come with us in the playoffs.”

He’s hoping this morale-killing mojo will just magically disappear once the NBA Playoffs signage is plastered around Oracle Arena. This is troubling.

What’s of greater concern is that KD isn’t trying to hide it.

He’s telling us his team is in a genuine funk, a funk that culminated in a 40 point hammering by the Utah Jazz, the biggest loss in the Steve Kerr era.

And it’s not just one game.

They’ve have one meaningful win in their past 17 games. The Warriors’ scrappy win over Oklahoma City on April 3 was their only win over a playoff team in six weeks!

Coach Steve Kerr has made several remarks about his team’s lack of caring in recent weeks, and speaking after the Jazz game, he went a step further.

“It will be our first meaningful game in about a month so I’m looking forward to that,” Kerr said, referencing the playoffs.

This is a team who over the past month has played potential playoff opponents in San Antonio, Portland, Minnesota, New Orleans and Utah.

And lost to them all. How can he or his team consider these meaningless? But apparently they do.

Kerr went on to say that once the competitive juices start to flow he’s confident the team will kick back into gear.

The most unaffected player on the team – Klay Thompson – was asked about that lack of joy.

“I think sometimes we look too far ahead and we were looking at the playoffs too much instead of just enjoying the moment, enjoying these last 15 games,” Thompson said. “But now that’s over, it’s in the past and like I said we’re just so eager to get to these playoffs, it’s such a great atmosphere at Oracle [Arena]. We’re ready to prove people wrong that we are still very, very hungry for our third championship in four years.”

Thompson says he’s ready to prove people wrong, but who is he referring to?

There don’t seem to be any doubters.

Everyone is so focused on the race to get into the playoffs they’re just slotting Golden State into the conference finals without a second thought.

Have a look back over the Warriors schedule since March 9.

Will we look back on this six week stretch of plain awfulness as an extended blip on the radar?

Or will it serve as a strong signal that the Warriors were headed for major trouble in the postseason.