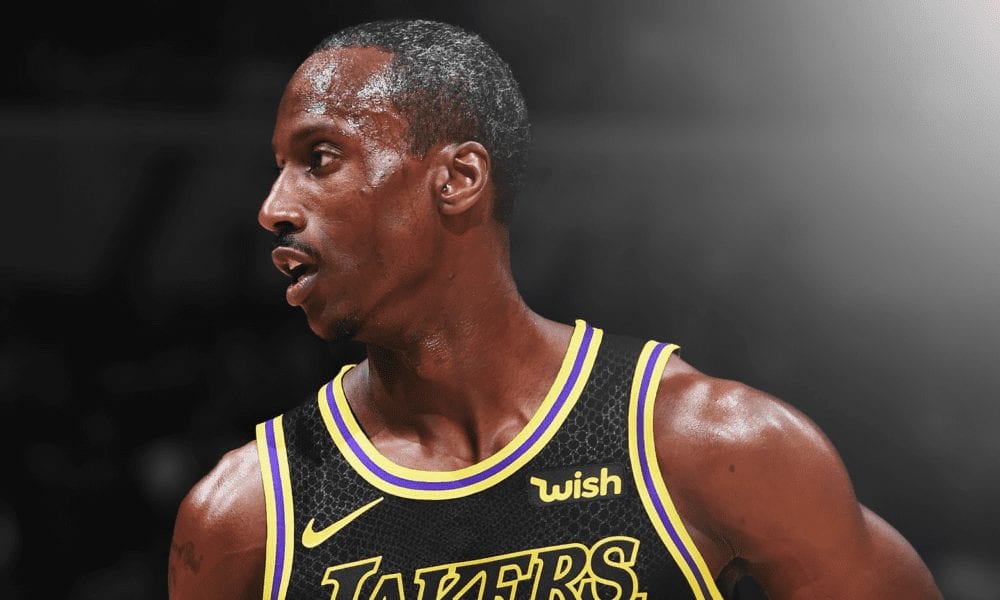 It’s fitting that Andre Ingram plays in LA, because his story has all the makings of a Hollywood film.

From the Lakers surprising him with a contract during what they’d told him was his G-League exit interview, to the emotional phone call with his wife which ensued, to the grey patches in his hair which perfectly fit his entire narrative at the Lakers…everything about this is perfect.

In case you missed the early stages of this feel-good story, let’s rewind for a second.

This week the Lakers signed 32-year-old G-League veteran Andre Ingram for the last two games of the season.

He then made his NBA debut on Tuesday night against Houston, and incredibly, hit his first four shots and set Staples Center on fire.

Ingram ultimately finished with 19 points on 6-8 shooting from the field – including 4-5 from downtown – to go along with three rebounds and three blocks.

🎥 Andre Ingram let it fly in his NBA debut, finishing with 19 points on a 4-5 shooting clip from behind the arc. pic.twitter.com/rdRXUor667

Watching the greying Ingram show out against an unsuspecting Rockets team made it feel like we’d all been placed on the set of an Uncle Drew movie.

And yet for all his on-court abilities and all the overdue recognition suddenly coming his way, there’s so much more to Ingram.

Those who know the Virginia native rave about how switched on he is.

He has earned a physics degree from American University and spends his offseasons tutoring calculus students.

The key to understanding Ingram is realising he’s about so much more than basketball.

He once took close to an entire season off to care for his daughter while his wife finished her college degree.

Ingram inherited that selfless family-first attitude from his parents, who attended every college game of his, regardless of whether they were at home or on the road.

Andre Ingram was awarded the game ball after one hellova debut 🔥

And while temporarily giving the game away showed he never lost sight of the bigger picture, he also never lost that fire to compete.

That fire which saw him compete in the G League for 10 full seasons.

All that work with no adulation, no recognition.

And it’s hard to think of anyone more deserving.