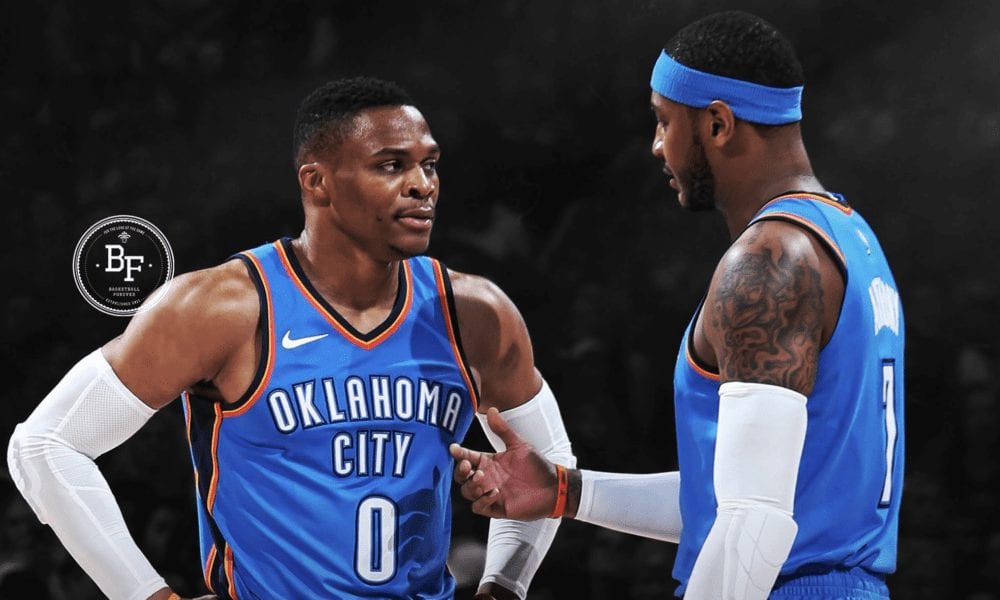 With Russell Westbrook needing 16 rebounds on Wednesday to average a triple double for the second straight year, you can guess what the focus of today’s OKC media session was.

First up there was Thunder coach Billy Donovan, who predictably played the diplomatic card and said all the right things.

“I don’t think Russell’s ever played that way,” Donovan said in reference to stat padding, per ESPN. “I think he’s always focused on winning.”

But then the day’s proceedings got significantly more entertaining.

“Sometimes you want to fight him a little bit, push him out of the way,” Anthony said on Tuesday. “For me, it’s good because to have a guard like that to be able to crack back and get rebounds. He steals sometimes. He steals rebounds sometimes.”

Melo certainly isn’t wrong, and there’s endless footage across the internets to prove it.

In fairness to Anthony, he followed those comments by saying a bunch of good things about Westbrook, including the team valuing his ability to spearhead fast breaks immediately after snatching rebounds.

But his initial honesty, despite being jocular, was still quite amusing and refreshing.

Westbrook will get his shot at NBA history against the Grizzlies in OKC on Wednesday.

It could well be the same night Westbrook backhand slaps Steven Adams if the big New Zealander grabs a single one of his rebounds.

So stay tuned for that.