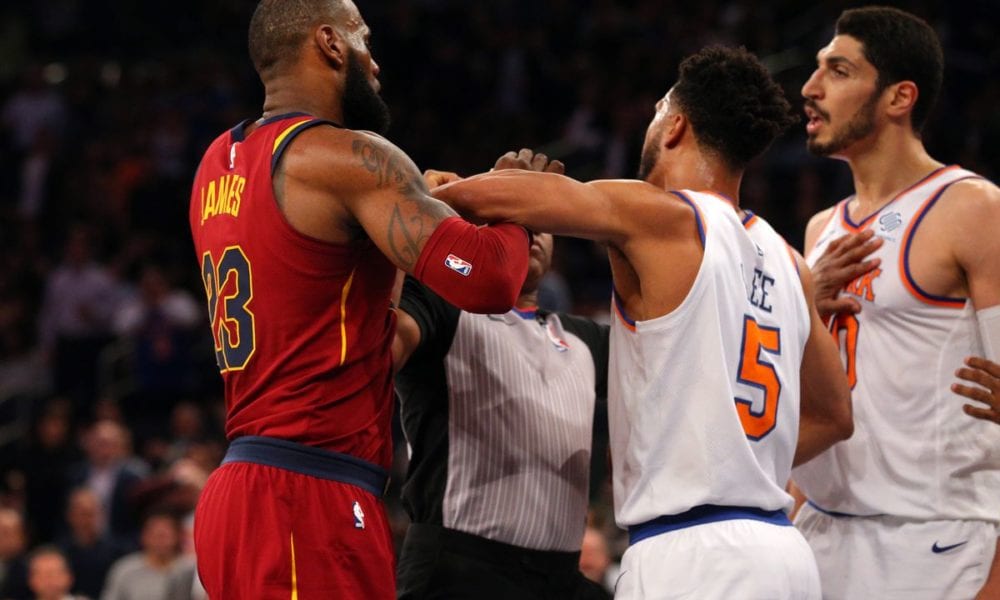 LeBron James has a long memory and that proved to be bad news for Enes Kanter on Monday night.

As the Cavs embarked on their final game in New York this season, LeBron unveiled a pair of statement kicks with “I’m King” sprawled across the back in capital letters.

It was a bold response to Kanter’s comments that LeBron wasn’t the King of New York, following James’ Instagram post which said as much when he downed the Knicks at MSG in November.

LeBron and Kanter found themselves entangled in an on-court altercation that night and the two share a long and colourful history, with the big Turk taking frequent jabs at James, and the three-time champ rarely reluctant to fire back.

You're welcome.. 👑of NY #myfavoriteplayground #striveforgreatness🚀

But Kanter was sidelined with a back injury on Monday, which enabled LeBron to make sure he had the last laugh.

There’s nothing quite like the male ego, folks, and in this case it’s proving to be as entertaining as it is petty.