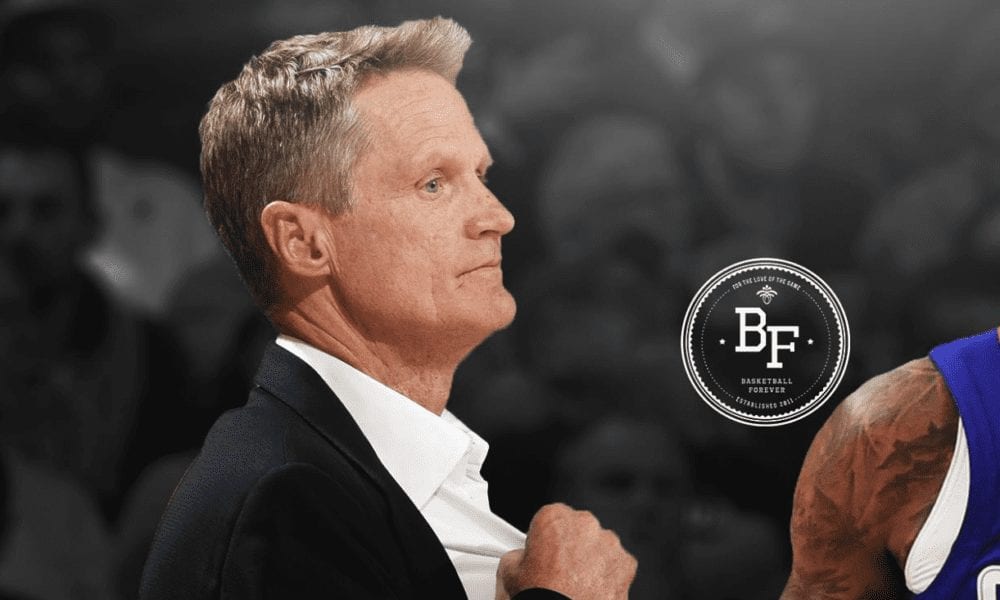 Following last week’s blowout loss to Indiana, Steve Kerr made headlines when he suggested “caring in general was the main problem” with his Golden State squad.

But on Sunday night, the Warriors coach said he “choose my words poorly” and made a concerted effort to clarify them after they made major waves last week.

“My main message is we’ve got to defend,” Kerr told reporters on Sunday. “We’ve got to get back to being a top-five defensive team. I probably chose my words poorly in Indianapolis. When I said they didn’t care, that didn’t mean that they didn’t ‘care.’ What that meant to me was they didn’t box out. They didn’t get in the passing lanes. They didn’t compete at a high level. But when you say someone doesn’t care, that can be interpreted as maybe you’re questioning their character.”

Steve Kerr says he didn’t use the right word when he said they didn’t “care.” https://t.co/wL3zq564sZ

Despite being an offensive juggernaut, the Warriors have prided themselves on playing elite defence since Kerr’s arrival.

Golden State had the best defence in the league when they won the title in 2015 and the second-best when they won it again last year.

But this season they’ve dropped to eighth, allowing 104 points per 100 possessions.

A slew of injuries combined with the grind of the dog days of the regular season makes the drop-off at least semi-understandable.

But it’s Kerr’s job to make sure the Warriors don’t let up when trying to reach the incredibly high bar they’ve set for themselves.

The two-time championship winning coach also used the media opportunity to squeeze in a few jokes, as he often likes to do, this time about his vastly varying comments recently.