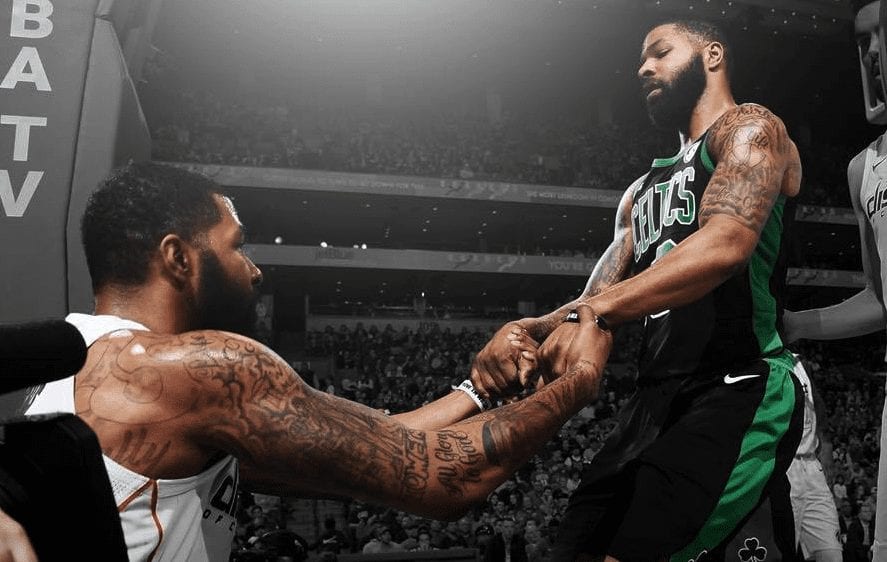 Marcus and Markieff Morris share the tightest of bonds and despite living more than 400 miles apart, they try to spend as much time together as possible.

But there’s one specific moment when Marcus doesn’t want to see Markieff, and that’s during the first round of the playoffs.

He says it’s because he has so much love for his brother that he doesn’t want to go to “war” against him the moment the postseason begins.

“Man, every day we talk about it,” Morris said, per ESPN’s Chris Fosberg. “Honestly, I don’t want to play them first. Can’t lie. I don’t want to play them first because it’s my brother and we’re going to war. When I go out there — I’ve been telling [my teammates] this is war time. It’s like fighting for your life out here, and I’d hate to see my brother in the first round, to have to be that bully to my brother when I know it’s gonna be like.”

The bad news for Morris is that the odds are against him.

While his Boston squad could conceivably face the Bucks or Heat in the first round, the Wizards are their most likely match up.

As a result, Marcus has even joked that Markieff should do them both a favour and avoid getting the seventh seed.

Whether or not they face each other immediately, both Morris twins appear to be ready for war regardless, as they showed when they both got kicked out of their games on Friday night.

The duo will also play each other one more time before the playoffs begin, facing off in Washington on Tuesday night.