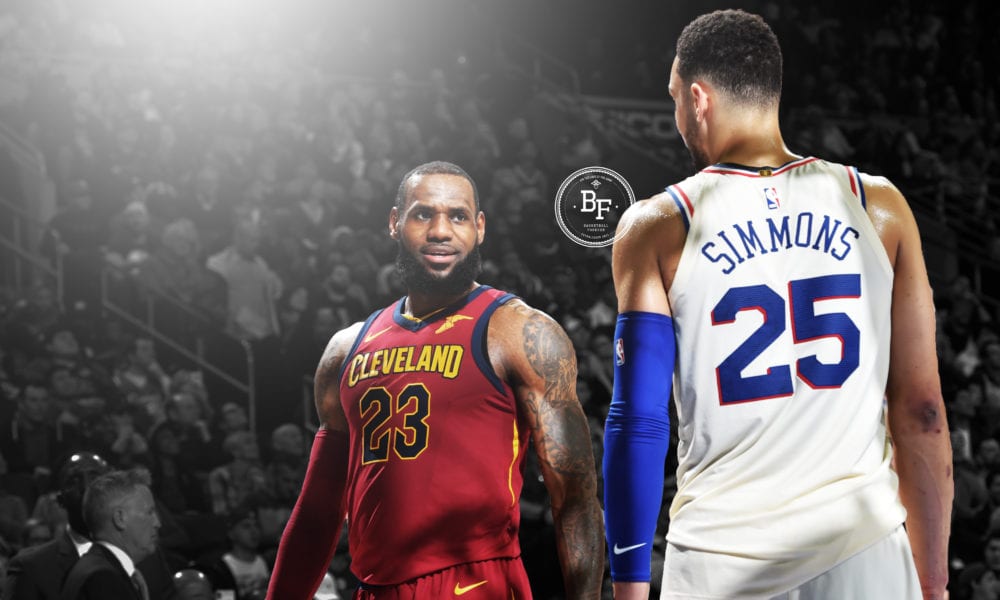 It was a prize fight of epic proportions.

Allen Iverson was on hand and the Philadelphia crowd was at fever pitch to see if their 76ers could make it 13 straight wins, taking on LeBron James and the Cleveland Cavaliers.

And unlike so many bouts in recent years, this one lived up to its billing. And then some.

The opening five minutes alone was worth the price of admission. First, Ben Simmons went full Harlem Globetrotters to set up JJ Redick and an early five point lead.

Playing without Joel Embiid, the young and hungry Sixers didn’t miss a beat, Richaun Holmes coming up with two roof-raising dunks in the space of 22 seconds to extend the Sixers lead to 12.

Markelle Fultz punctuated one of the most electrifying quarters of the season, abusing JR Smith on his way to the rack. The fluidity with which he played was particularly notable, piling up 8 points, 3 assists, 3 rebounds and a steal in his first seven minutes on court.

JJ Redick led the veterans brigade in the opening period but it was a flat out elder statesmen showcase in the second quarter.

Ersan Illyasova and Marco Bellinelli combined for 13, Bellinelli scoring his six in the span of 28 seconds, including a super deep three in LeBron James’ face.

A 54-26 scoring run gave the home side a 30 point lead at one point before the Cavs engineered a 13-0 run of their own either side of halftime, sparking a furious fightback.

LeBron appeared set to put in one of his worst performances of the season, with three early turnovers and a lost a rebound off his foot with no one near him.

But he was incredible in the second quarter, scoring 19 of his 44 points, reducing the lead to just seven points going into the final period.

He was just as good down the stretch, and when he threw down this vicious dunk on Illyasova it looked like the Cavs would run away with it.

But just like it started, it was Simmons and Redick who brought this one home.

Clinging to a five point lead with less than two minutes remaining, it appeared the Aussie was going to let the shot clock run out before he dished off to one of the best marksmen in the game to push the lead back to eight points with 1.34 left.

But a three point bomb from Jeff Green and a questionable three-shot foul gave number 23 a chance to tie the game with 1.9 seconds on the clock.

The win evens the season series at 2-2 and moves the Sixers above the Cavs into the third seed. Cleveland still holds the tiebreaker with a superior conference record but that may not matter with Philly closing out the season with games against Dallas, Atlanta and Milwaukee.