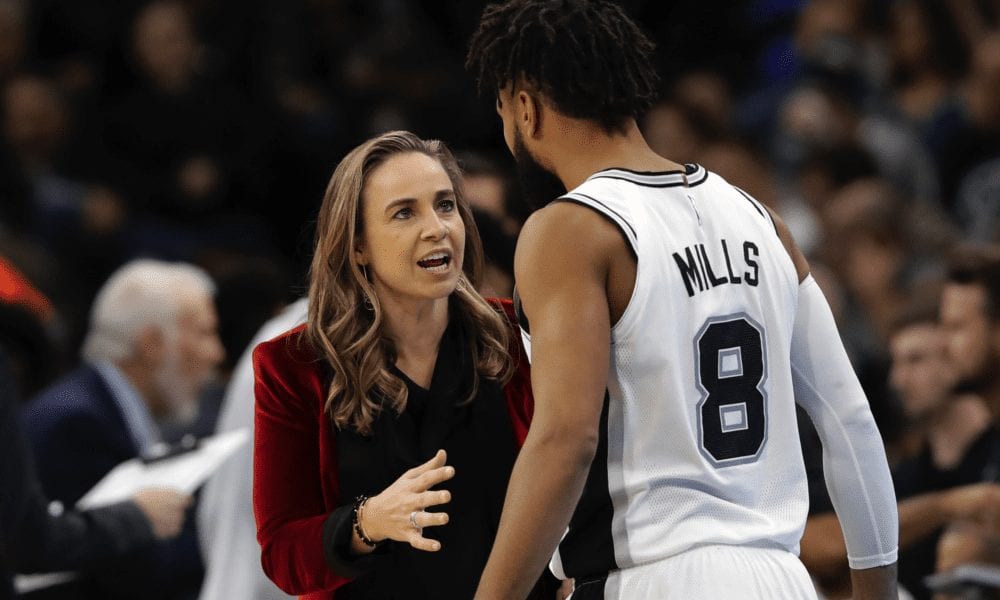 “I mean, if she knows what she’s doing, we’ll love it,” James told ESPN.

James made the comments when asked about Spurs assistant coach Becky Hammon.

“I mean, listen, at the end of the day, basketball … it’s not about male or female,” he continued. “You know the game, you know the game. Listen, we have so many female reporters now that know the game and they cover the game.”

Hammon was believed to be a leading candidate to coach Colorado State next season, before ultimately missing out.

Had Hammon got the job, she would’ve become the first woman to ever coach men’s division one basketball.

The former New York Liberty and San Antonio Silver Stars standout became the first female assistant in the NBA when Spurs coach Gregg Popovich brought her on board in 2014.

It was a move which certainly garnered the respect of LeBron.

“You guys know how fond I am of Pop, so for him to bring Becky in there to be able to be an assistant and kind of give her input…it means a lot,” James said.

Meanwhile, many believe it’s only a matter of time before Hammon bursts into the head coaching ranks in the NCAA or NBA, blazing a trail for elite female coaches to follow.