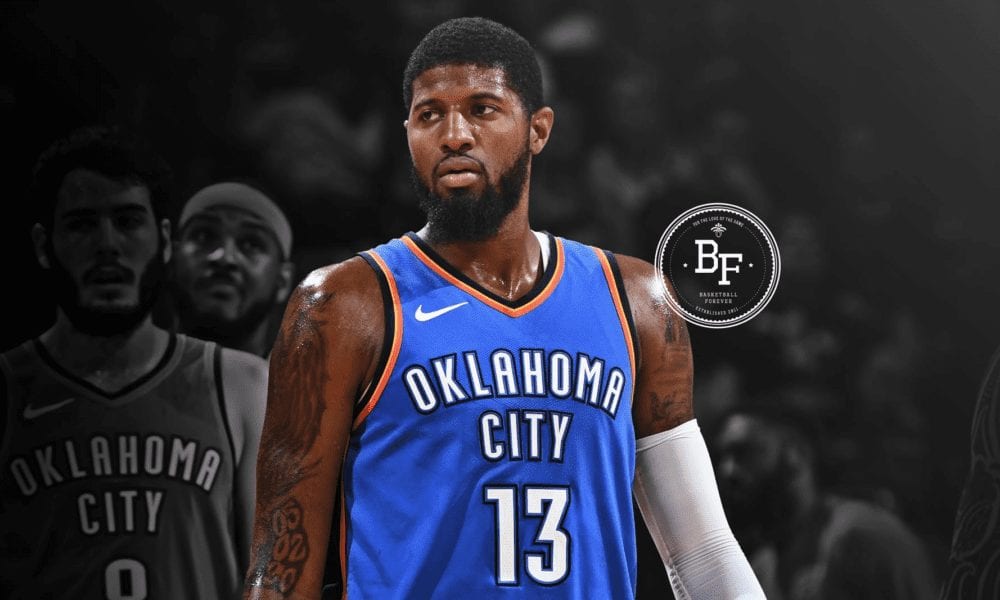 During All-Star Weekend, Paul George stepped into the LA spotlight in front of friends and family, before submitting one of the worst three-point contest appearances we’ve ever seen.

He missed what felt like every shot with onlookers unsure whether to laugh or cry.

George himself has appeared unable to move past the trauma ever since.

Since that painful night – or ‘hilarious night’ if you ask these guys – George has shot at just 28.9 percent from distance.

His shot is looking so bad he’s on the brink of being diagnosed with whatever the hell was wrong with Markelle Fultz.

This is despite shooting at a smouldering 43.3 percent from three prior to All-Star weekend, and 37.5 percent across his career.

The pressure for George to break out of his slump only increased last month when teammate Carmelo Anthony started going through a cold patch of his own.

Carmelo Anthony has been DREADFUL lately!

But with the playoffs just 10 days away, George’s shooting is as bad as ever.

After going 5-19 from the field in a 111-107 loss to the Warriors on Tuesday night, George confessed to reporters there was something fundamentally wrong with his stroke.

“There’s something mechanical in my shot,” he said.

“I’ve had struggles throughout the season and my career with shooting, but it’s all just been about not making shots. I don’t know what it is. It feels funny. Shooting the ball feels funny. So I’m going to work with the trainers and try and figure that out. But I don’t feel myself shooting the ball right now.”

George insisted the problem was not about the mental side of the game, but about feel.

Whichever it is, he’s running out of time to figure things out.