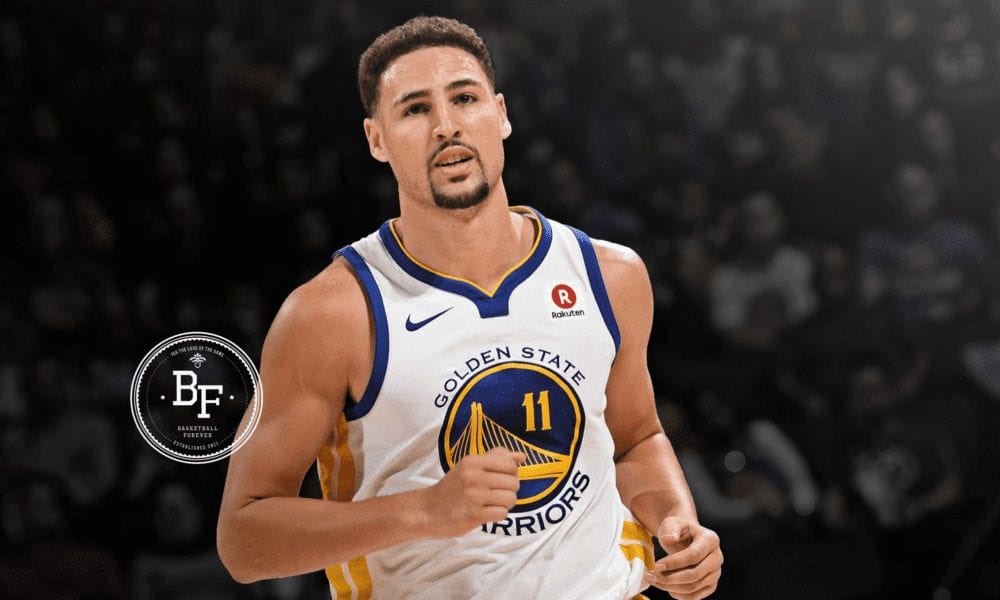 And just in case there was any doubt left in your mind that Thompson is wired a little differently, his backcourt running mate Steph Curry let another classic Klay tale out of the bag on Tuesday.

Speaking to Jalen Rose during the latest instalment of ESPN’s Get Up! (not to be confused with the relentless left-wing lobby group of the same name), Curry peeled back the curtain on Klay Thompson’s hilarious pregame routine.

“When he walks in the locker room, he’s got the local newspaper sitting on his chair,” Curry said.

“He’ll take about 30 minutes when he gets into the arena, sit in the chair, catch up on current events, get his mind right and just be in his own world. All he’s missing is a rocking chair and a cup of coffee.”

We all knew Klay’s pregame ritual was going to be strange.

We just didn’t know how.

The man is the walking definition of predictably unpredictable.

Perhaps the best thing about his off-court antics is that they never get old.

They’re both weird and weirdly refreshing.

This is primarily because Klay never makes a song and dance about his inclination to do things differently (unless you include that literal song and dance of his from Steph’s birthday party).

The point is, Klay – as always – is just doing Klay.

And that’s what makes him so damn likeable.