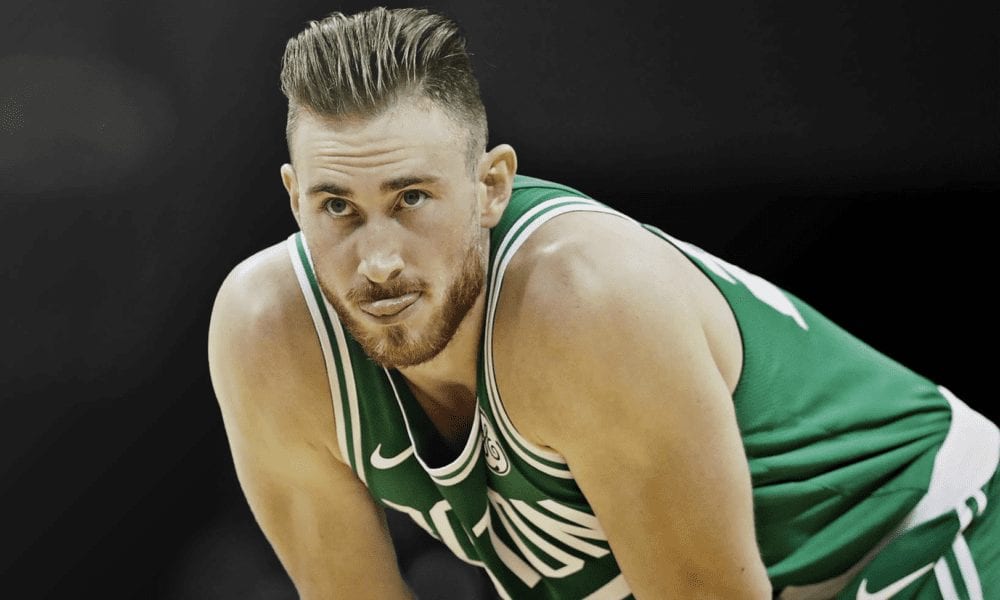 Gordon Hayward has continued to take both figurative and literal strides towards his hotly-anticipated return to the court.

The latest update comes courtesy of The Players’ Tribune, which released a video of Hayward running at the Celtics’ practice facility for the first time.

The injured forward had previously been jogging on an alter-G anti-gravity treadmill, but his trainer Jason Smeathers confirmed this was Hayward’s first unassisted run.

.@GordonHayward is running on his own power for the first time since his injury. pic.twitter.com/3X26YcsLqn

Despite the encouraging progress, eternally level-headed Celtics coach Brad Stevens – who knows just how reactionary and excitable the basketball public and media can be – was quick to bring everyone’s expectations back down to earth.

“…It was about 20 percent speed, nothing lateral, no jumping,” Stevens told reporters on Monday. “So a [he’s] long, long way away [off]. We’ve said it before: We can talk about the videos. He’s not playing.”

Having dished up that sizeable dose of reality, Stevens did concede that every small milestone would serve as a meaningful mental boost for Hayward.

“I think every day where he can accomplish something new is a big deal,” Stevens said. “He’s in here six days a week. He gets one off day a week where he gets to rest it and still gets treatment on it and everything else. But everything else, he gets those small accomplishments, and those are a big deal when you’re rehabbing.”

While Stevens has stated numerous times that Hayward would not return this year, the man himself has refused to make similar assurances, last month saying, “The hope is still there”.

Related Article:  Celtics Al Horford and Marcus Smart Out for Game 1 Against the Heat

But considering how far Hayward has to go with less than a fortnight before the playoffs begin, it certainly appears to be a long shot to say the least.

In other sobering injury news, Stevens used the same media session to confirm there was no update on Kyrie Irving’s return, saying, “We can’t necessarily think that those guys are going to be back any time soon”.

The Boston mastermind was also referring to Marcus Smart, who was ruled out indefinitely after tearing a tendon in his right thumb and undergoing surgery last month.

Irving, meanwhile, was expected to miss three to six weeks after undergoing knee surgery on March 24.

That would have him back on the court between April 14 and May 5, bearing in mind that NBA-related injury return estimates can rarely be trusted for accuracy.