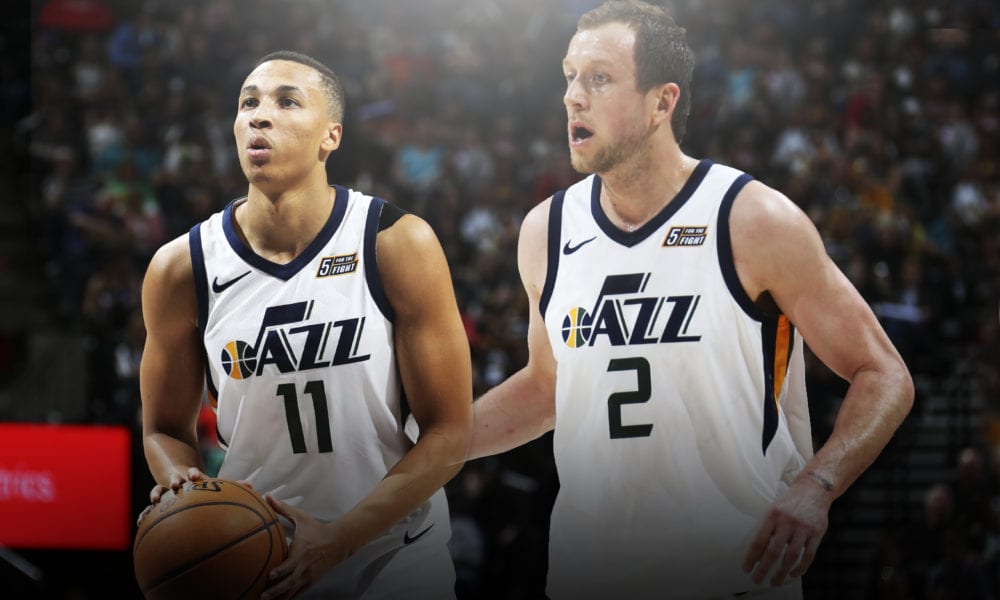 “Never seen it before. There’s a first for everything.”

Dante Exum’s comments could well have been a general statement on the impact Australians are now having on the NBA seemingly every day this season.

He was actually talking about this elusive show of athleticism from compatriot Joe Ingles.

The dunk was nice moment, and gave Jazz fans something extra to smile about from a man affectionately known as Slo Mo Jo, but what was really noteworthy was how his stat line of 17 points, 10 assists and a block isn’t too far off his usual output this year.

Ingles has been super productive all season and his defence and playmaking are a key reason the Jazz have kept pace in the insanely competitive western conference, following the loss in free agency of Gordon Hayward as well as the 26 games without Rudy Gobert.

To top it off he’s become one of the best three point shooters in the entire league, equal third with Splash Brother Klay Thompson, firing them in at 44%.

When asked about they key to Utah´s latest winning performance – a 107-97 win over a plucky Memphis team – Ingles singled out fellow Aussie Dante Exum.

“He was huge in that last quarter. He had to get on the rim and go and make plays for other guys, some steals at the end. It was a huge part of getting that lead up.”

Ingles was referring to a six point burst from Exum in less than two minutes that put a close game out of reach of the Grizzlies late in the fourth quarter.

Jazz coach Quin Snyder went a step further on appraising Exum’s performance, in just his eighth game back from a shoulder injury that cost him the first 68 games of the season.

“He really did it on both ends of the floor. He just attacked on offense and came up with some big defensive plays. It was really good to see after everything he has fought through, and our team needed that tonight.”

How did Exum himself explain his outburst? “Just reading the play, before the ball came to me, I had the shot and I was feeling it. And then just get to the basket, do what I do.”

He was called on for extra duty against the Grizzlies to help make up the absence of Ricky Rubio, and Exum’s explosive outburst illustrates the depth of a Jazz team who are now just one game away from the fourth seed in the west.

And with a record of 24-5 since January 24, the Jazz are fast moving past the dark horse stage and positioning themselves on making a real assault on the playoffs.