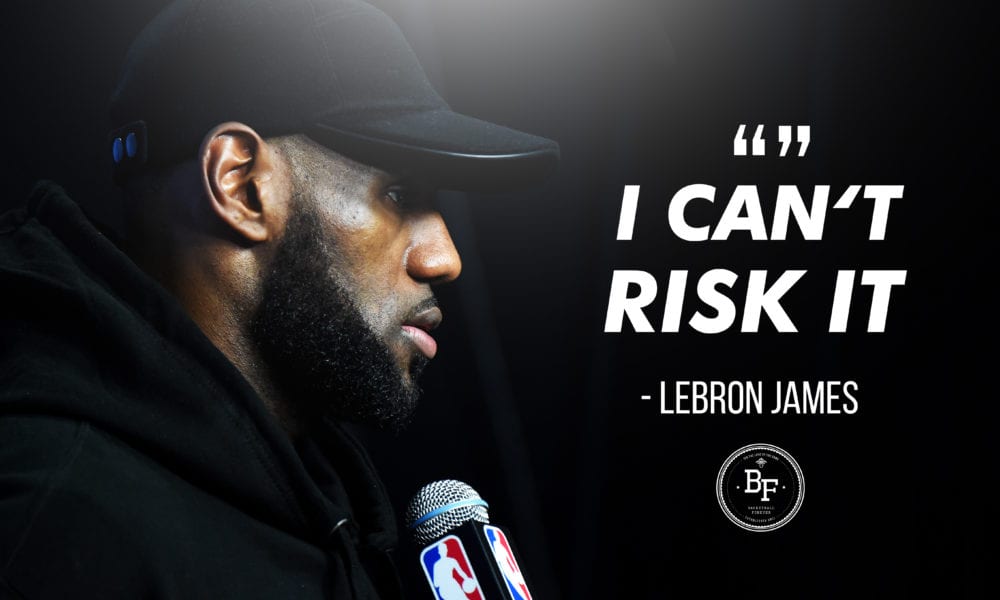 LeBron James, who has spent this season turning back the clock, has announced his official retirement from the game of basketball stating that Patrick McCaw’s injury against the Sacramento Kings that had him hospitalised was a “wake up call”.

“You never know how close you could come to a life altering injury…you just don’t know. I can’t risk it”

This announcement comes on the tail end of one of the most productive seasons LeBron James has ever had. Despite his teams struggles…blah blah blah.

I’m surprised you even made it this far.