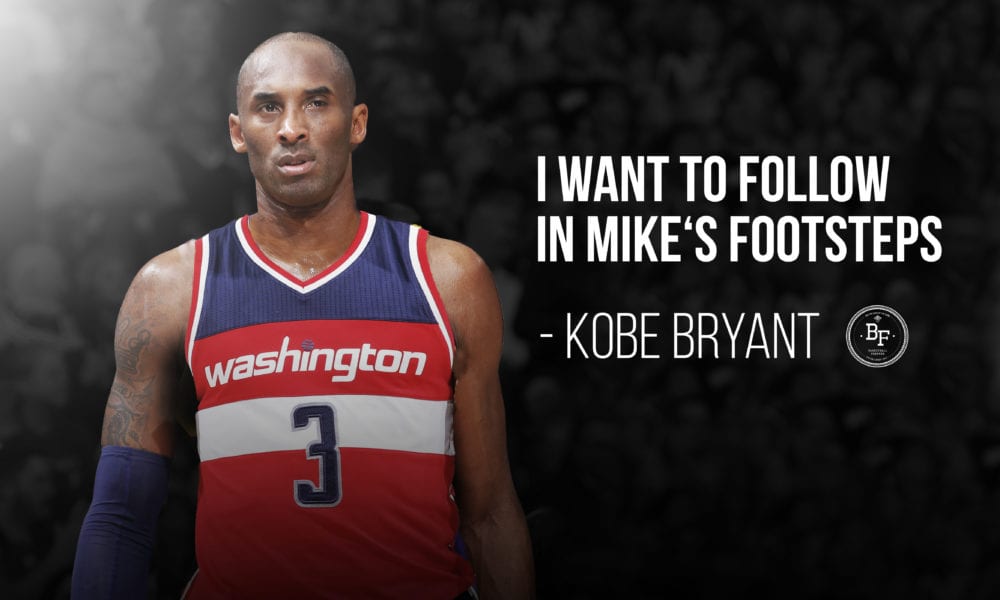 Kobe Bryant who has already established himself as a Top 10 player of all time, is now still chasing Michael Jordan even after retirement!

Kobe announced today that he will be returning to the NBA to join the Washington Wizards in an attempt to follow in MJ’s footsteps.

He plans to do Mike one better, and help get the Wizards to the Finals and his 6th championship.