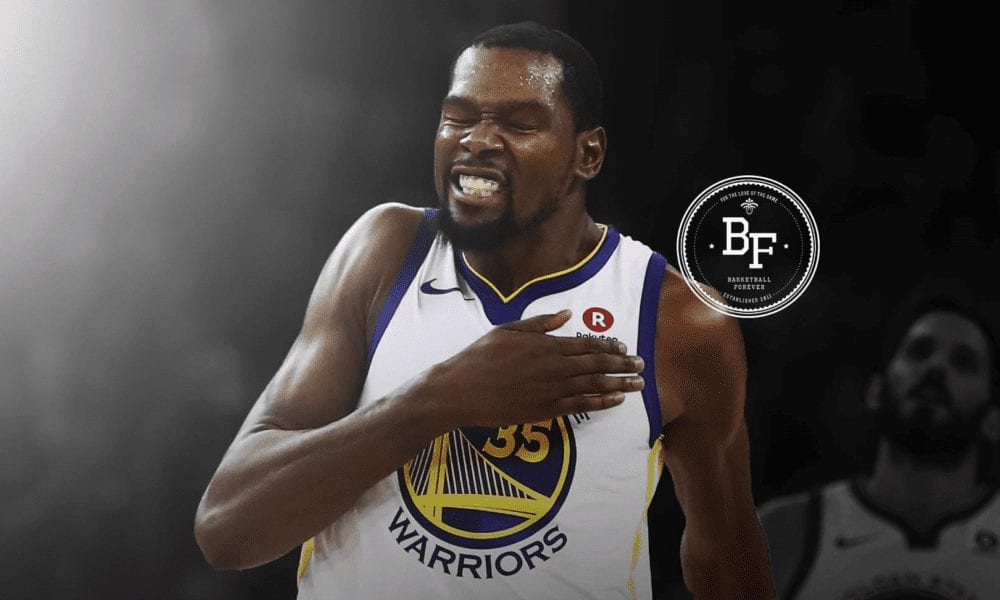 As far as most fans are concerned, Kevin Durant’s move to Golden State was indefensible.

Whether it’s the cupcake-themed paraphernalia at games or the snake emojis littering social media, there’s no shortage of folks determined to ensure Durant never lives it down.

And yes, much of the backlash is justified and KD’s ripping of “blog boys” and “fanboys” on Bill Simmons’ podcast on Wednesday certainly didn’t helped him win friends and influence people.

But there’s another side to Durant’s complex makeup, one which makes him deserving of your respect, even if you still can’t stand him deep down.

And that’s his honesty and openness.

It’s baffling to me that so many people view Russell Westbrook’s refusal to speak to reporters during media scrums as amusing, while railing on Durant as he opens up.

It’s during those wide-ranging sit downs with Simmons that Durant reveals a refreshingly open and genuinely interesting character.

But appreciating it requires listening to those interviews in their entirety, while resisting the urge to jump online and check every hot take the internet has to offer the moment he says something you don’t like.

Everyone is so ready to tear down the game’s most public figures, but a lot of the personalities you stumble across in this game are complicated characters, and to focus solely on their shortcomings is to miss the beauty of the entire picture.

No one’s a saint, and no one’s bad to the bone.

It’s a just little more nuanced than that.

And yet hot take culture has everyone falling over themselves to instantly hail someone as a god or write them off as a joke.

Durant’s good side is right there for all to see, because he’s put his true personality on full display, and that isn’t the case with most players.

There’s a reason Simmons keeps bringing him back on his show.

With the Sports Guy alone, KD has openly discussed everything from athlete activism to Taco Bell.

Whatever Simmons throws at him, he’ll discuss in an honest, genuine and often amusing manner.

In this age of media training and clichéd answers, interviews like this are painfully scarce, and fans are hungrier than even for some authenticity from their favourite athletes.

But you can’t demand that athletes provide genuine interviews without occasionally saying something you don’t agree with.