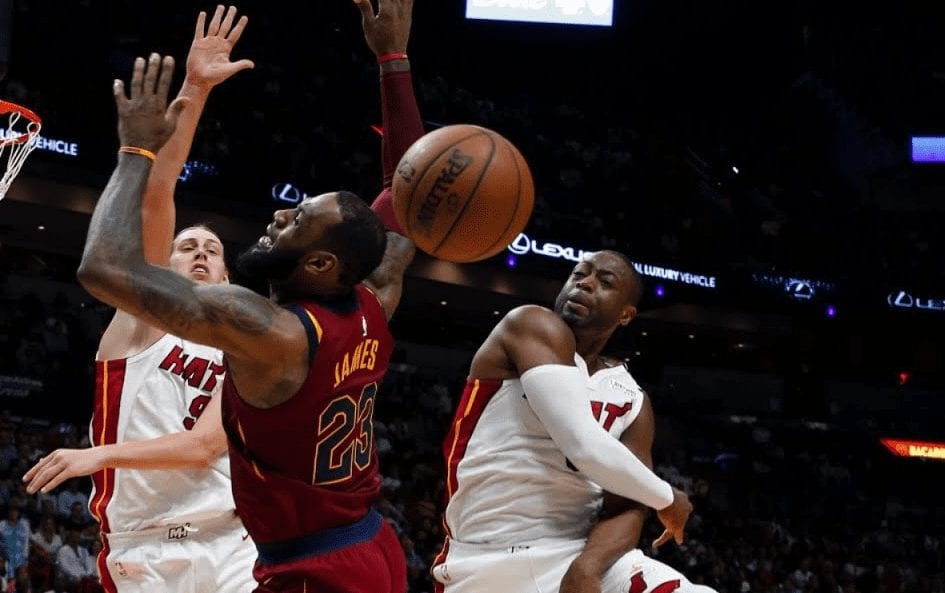 After LeBron James and Dwyane Wade faced off in Miami on Tuesday night, James revealed he couldn’t help but wonder if they’d just done so for the last time.

That’s precisely why he hung around a little longer than usual to embrace Wade postgame, according to the Sun Sentinel’s Ira Winderman.

The 36-year-old Wade is yet to decide whether he’ll play on next season.

But his sudden return to Miami midseason certainly has certainly sparked a farewell tour kind of vibe, and on Tuesday LeBron wasn’t taking any chances.

“But our brotherhood is beyond this game of basketball. You just don’t take for granted. You just don’t know. We’ll see what happens in the summer…Just kind of hearing the narrative since he came here, he’s not quite sure what he’s going to do next year. He’s going to assess everything.”

Wade himself has stated that a decision would be best left until the offseason.

But if this was the last time the two ever played each other, Wade certainly came away with the bragging rights after blocking LeBron twice and claiming a 19-point win.

Not that either of them ever plan to exercise said bragging rights.

“That’s one thing about us, we don’t brag about what we do against each other,” James said.

“We talk about what we do against everybody else.”