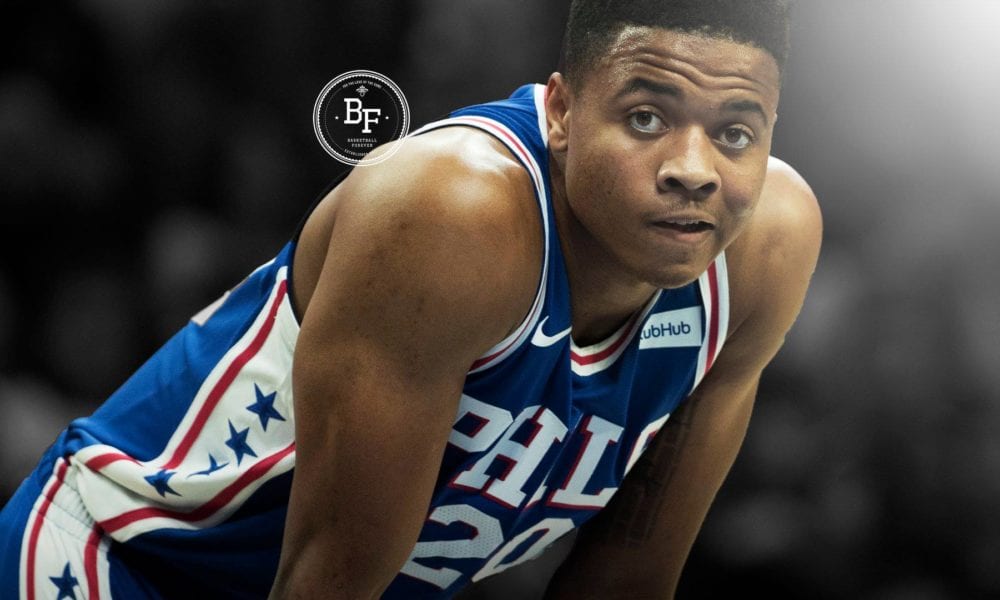 Brett Brown admitted he had goosebumps merely saying the words “Markelle Fultz will play tonight” during his pregame presser on Monday.

Moments later, everyone at Wells Fargo Center had goosebumps too.

Fultz had just faked Devin Harris towards a Joel Embiid screen, before darting to the hoop for his first basket in five long, painful months.

After experiencing nothing but months of ridicule, the 19-year-old had 20,000 Philadelphia natives in raptures.

By the end of the game he was drawing deafening “We Want Fultz” chants.

While the initial adulation felt a little like the overenthusiastic encouragement received by the worst player on your child’s school team, that changed when Fultz continued to make good things happen.

The baby-faced guard out of Washington was showing he at least had the ability to be the difference-maker everyone in Philadelphia hoped he would be.

Fast forward to his second foray off the bench and he was running the show with confidence and finding teammates with ease.

Fultz was finally beginning to shake the monkey of his back, a monkey which had surely started to feel more like King Kong in recent times.

He even hit a pair of late jumpers with that freshly repaired shot of his, during what might have been some of the most valuable and telling junk time we’ve ever seen.

Fultz ultimately finished with 10 points and eight assists in 14 minutes, and at the risk of overreacting, this could signal some seriously encouraging big picture ramifications for the Sixers.

Markelle Fultz is the first player to score 10+ points and dish 8+ assists in 15 minutes or less since … Danny Ainge, who is connected to Fultz in all sorts of other ways.

When Fultz was playing well, so was everyone else.

The numbers back that up – Fultz finishing with a plus-16 in the box score – and a team littered with shooters is only going to get more dangerous when it has the luxury of handing the ball to an elite playmaker for 48 minutes every night.

If the former number one pick can blossom into a star alongside Simmons and Embiid, the 76ers would suddenly have just about everything they need to rule the east for as long as they’re healthy.

The downside for Fultz, however, is that he has less than three weeks to truly settle into a groove before the playoffs arrive.

And just as he’s starting to find his feet, he’ll discover that the postseason is a whole different ball game.

The real hope is that he can truly make a leap next season with a full training camp and preseason under his belt, now that we know he has it in him to perform at the highest level.

Any further positive signs he shows right away is a bonus.

And Monday night was a great start.