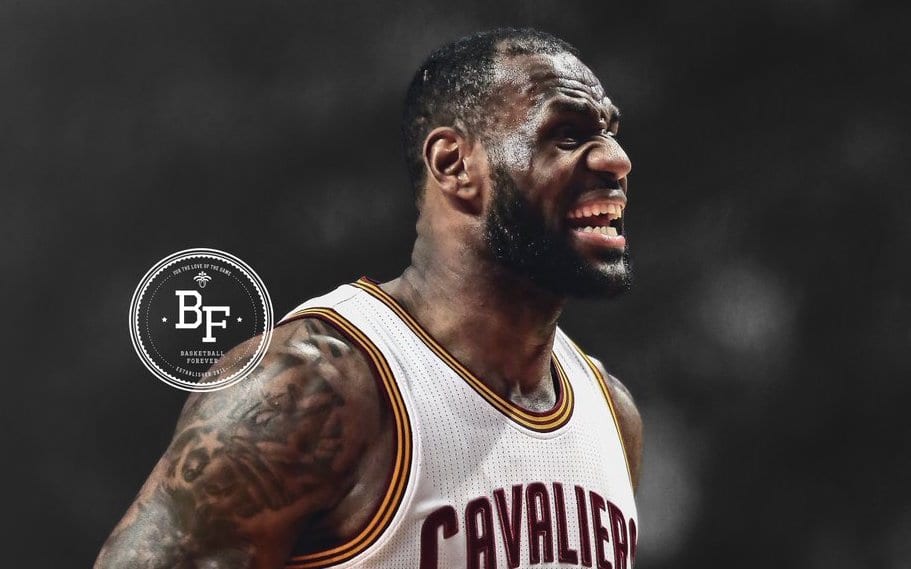 The numbers LeBron James has been putting up in his 15th season have defied logic.

He hasn’t missed a single game, while playing the most minutes in the entire league at age 33.

But his incredible stats – 29 points, 9 rebounds, 9 assists, 1.5 blocks and 1 steal – have been needed in a way we have not seen since the early days of his career in Cleveland.

Even with those incredible numbers and a five game winning streak, the Cavaliers still only have a tenuous hold on the three-seed in the east.

They are just one game up on the Philadelphia 76ers and only 1.5 games ahead of the fifth seeded Indiana Pacers.

They are staring down the very real possibility of not having home court advantage in the opening round of the playoffs.

The Cavaliers appear to be running hot but that five game streak only encompasses two playoff teams – Toronto and Milwaukee – and they were both at home.

The Cavs’ final nine games include a matchup with Anthony Davis and the Pelicans, the Wizards (who should have John Wall back) and a return bout against the Raptors.

There are also road games against Miami, Charlotte, Philadelphia and New York, with Knicks coach Jeff Hornacek seemingly ditching the tanking plan to prove himself worthy as coach.

Philadelphia boast a seven-game win streak of their own and play only two playoff teams in their final nine games – so they project to surpass the Cavaliers.

Indiana’s run home appears as tough as Cleveland’s but a 1.5 game lead is an uncomfortable one, especially considering the Pacers own the tiebreaker, having won three of their four games this season.

That lead could even be swallowed up by the weekend with Indiana’s next two games against the unrecognisable Golden State Warriors and the tanking Sacramento Kings.

The MVP might be out of reach for Lebron but playoff seedings are up for grabs – and considering he is working with his worst supporting cast in nearly ten years, every win down the stretch is going to count.